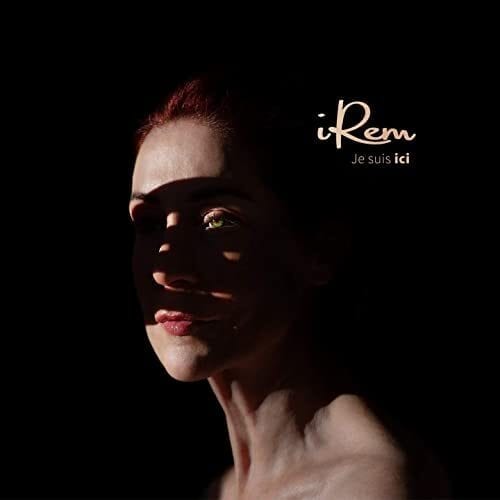 “I’ve travelled through many lives to get here.” Istanbul, London, Buenos Aires, Montreal… Irem Bekter has a long migration behind her and, obviously, she hasn’t said her last word. Living in Quebec since 2003, she pursues a multidisciplinary approach and puts forward here her musical talents, which are juxtaposed with drama and contemporary dance. This experienced artist has the desire to adapt to each stopover of her migration, without denying the previous ones. Thus, in this album aptly named Je suis ici, this seasoned singer can very well paste a French text by David McNeil on a classic by Astor Piazzolla, the unavoidable “Oblivion”. French lyrics by J-F Lamothe, Raymond Lévesque, and Sylvain-Claude Filion, not to mention her own (sometimes bilingual, sometimes English), are the backdrop to this intimate album, at the confluence of chanson, modern jazz, gypsy swing, tango nuevo and Eastern Mediterranean music. Here she calls upon pianist David Ryshpan, guitarist Michael Cotnoir, oud player Nazih Borish, accordionist Luzio Altobelli, double bassist Mathieu Deschenaux, and percussionist Bertil Schulrabe, a significant concentration of Montreal’s interculturalism. The songs are beautifully interpreted in this mixed context, whose acoustic instrumentation and production are reminiscent of the chansonnier approaches typical of the ’60s and ’70s.