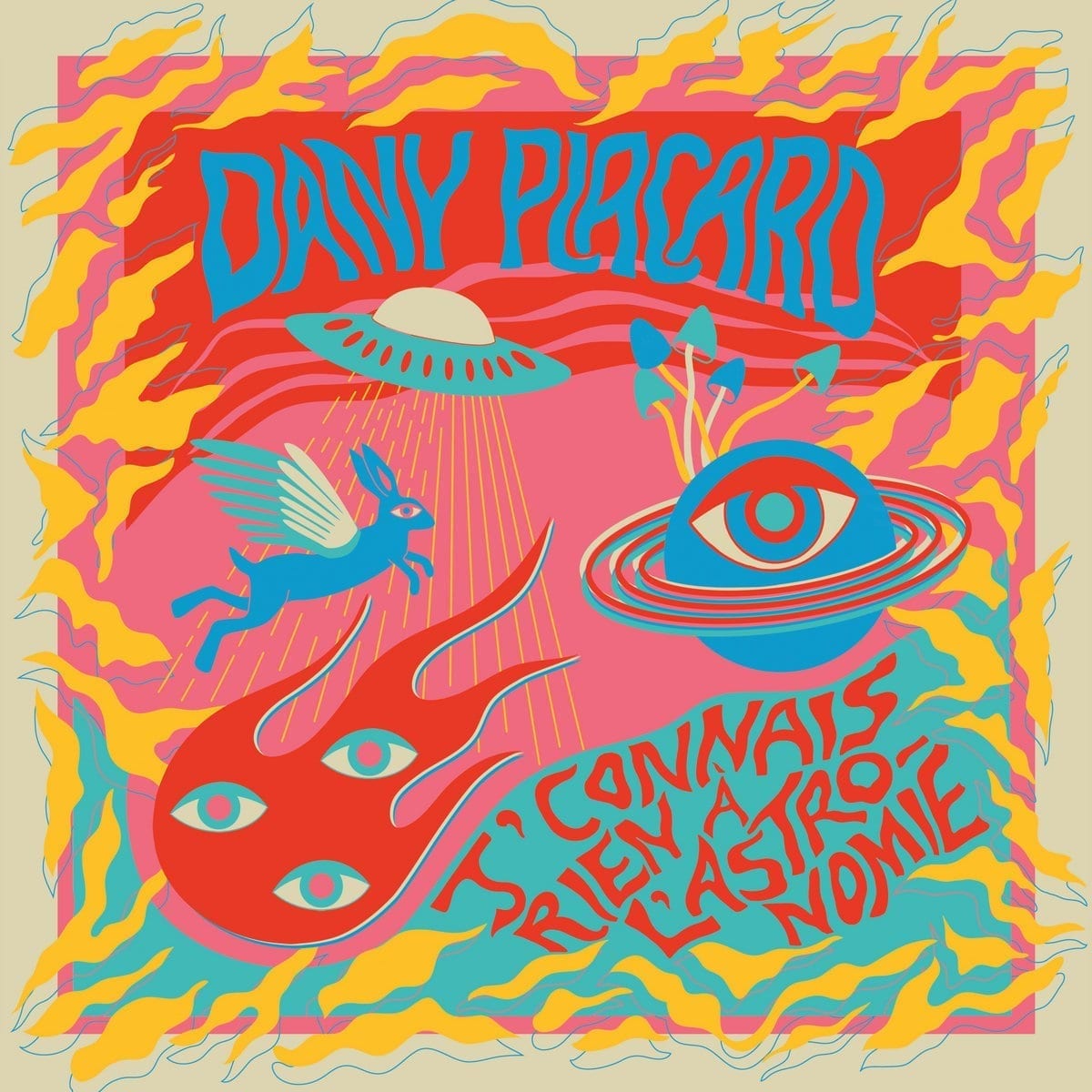 Dany Gauthier, aka Mr. Placard, opens the album by happily charging backwards into the future: “There Was a Friend (part 1)”, with its bass guitar vibrations with a good dose of echo added, is very much like a proper tribute to “One of These Days”, the memorable Pink Floyd song from Meddle. The sinister promise growled robotically by drummer Nick Mason at the time – “One of these days, I’ll cut you into little pieces” – is replaced here by an “ah-ah” vocal harmony, which is definitely much nicer. We continue with “There Was a Friend (part 2)”, on which Dany shares some important information, like, “Ça beef le jambon / Chicken pas pire”, and “Ça drive le bacon / Sur un moyen temps”. Then comes ruthless riffage in the heartbreaking “ Tu me manques ”, and in “Pulperie”, an examination of Dany’s mycological phobias. No humour in the elegiac

“Too Late”, a throwback to the melancholy, pre-Full Face Dany. “Plancher” is an incisive punk-blues lament with sludge sauce. The tempo is faster in “Le lièvre”, a hallucinogenic song over which hovers the spirit of Daniel Boucher. The last nine minutes of the album are occupied by “Maman”, whose effects echo the echoes of “Echoes”, another monument on the aforementioned Meddle by Pink Floyd.

Placard in a man in charge here: in addition to writing everything, he has produced this lysergic opus heated by tube amps. Nicolas Beaudoin, Jonathan Bigras, Marc-Olivier Tremblay Drapeau, Léandre Bourgeois, Dave Chose, Julie Doiron and Vivianne Roy took part in this trip, to which all musicophiles are invited.