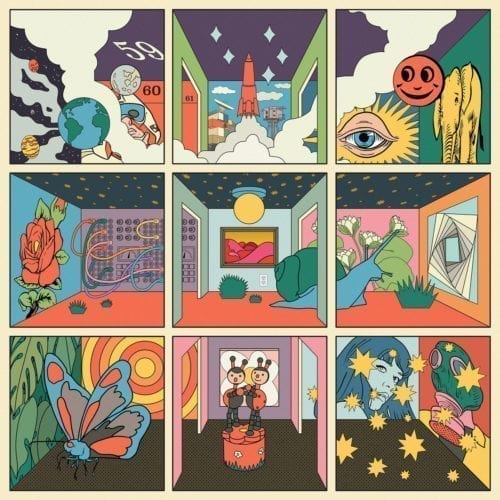 Known for crazy concerts since its debut in 2008, the band STRFKR (or Starfucker) has just released its sixth and latest studio album Future Past Life, whose weathered synth-pop leaves one rather perplexed.

We could praise Josh Hodges’ delicate voice and the technical qualities of this sophisticated recording, but we have to admit that, as with its previous productions, the Portland-based band doesn’t seem to want to stand out in the indie-pop crowd. The lack of a signature of their own on Future Past Life relegates them to the rank of a pale copy of a whole range of artists with sharper statements. One thinks of MGMT, Phoenix and Of Montreal, without however finding the rich unpredictability that characterizes those bands. Instead, STRFKR is busy dusting off inoffensive pop tropes. The melodic atmospheres may be well crafted and flourish with the retro sound of the synths, but to succeed in finding any innovation under this almost caricatured coating proves to be an impossible bet.

Still, it would be unfair to hear only emptiness in it – the Beatlesque “Never The Same” is to be enjoyed as an afternoon treat, and the two gliding ballads, “Better Together” and “Cold Comfort”, exhibit a very welcome sensitivity. All in all, this is honest music, but its biggest flaw is that it leaves the sad impression that it’s a few years too late.