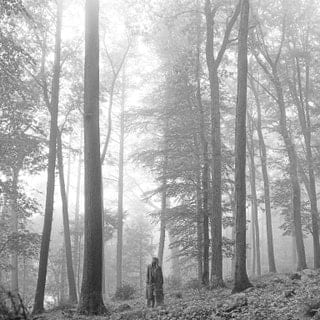 It’s a time of regret for Taylor Swift when “The 1”, the first song on Folklore, begins: black butterflies flutter around her vain loves, hammers gently vibrate metal strings. It was Aaron Dessner who parsimoniously pressed the keys and programmed the electronic cadenza, while his brother Bryce was assigned to the orchestration. These two are the sound architects of cutting-edge spleen-rock band The National. Miss Swift hit the nail on the head when she called on the Dessner siblings to create her opus melancholicus.

For melancholy is the thread running through Folklore, a collection of 16 songs, nine of which were composed jointly with Aaron Dessner and four with Jack Antonoff, a long-time collaborator with Ms. Swift. Her public footprint being so enormous and ubiquitous, it’s difficult to adopt a meditative listening posture. After two or three listens, however, the musicophile recognizes the quality of what’s playing. As critic Jessica Hopper wrote in 2012 of Swift, but also about Grimes and Lana Del Rey, their ambition and desire to be understood does not make their art any less pure.

In the lyrical department, her words hit the nail on the head. Swift makes fruitful use of frank and economical writing, like a Hemingway of pop. The themes form a universal catalogue: bitterness (“my tears ricochet”, “mad woman”), infidelity (“illicit affairs”), teenage love (“august”, “betty”, “cardigan”), fragility (“mirrorball”), the desire to live serenely, post-traumatic disorder, and a grandpa at Guadalcanal 1942 (“epiphany”), an evocation of the creator and patron Rebekah Harkness (“the last great american dynasty”), maturity (“peace”) and a deleterious relationship (“hoax”). Modesty still reigns in Ms. Swift’s pop macrocosm, though a little less than before.

The music is well grounded, and Swift is undoubtedly very gifted when it comes to memorable melodies. The track “seven” is conceived in a rather unusual way, considering the Swift corpus: Taylor grafts a hopping pop chorus to verses in the form of a fluid and ethereal lament. And “exile”, composed with William Bowery and Justin Vernon, alias Bon Iver, is a haunting ballad that could serve as a model for students of composition.If you’re one of those swiftophiles who believe that Red, a wonderful album released in 2012, is the yardstick, know that Folklore could change all that.