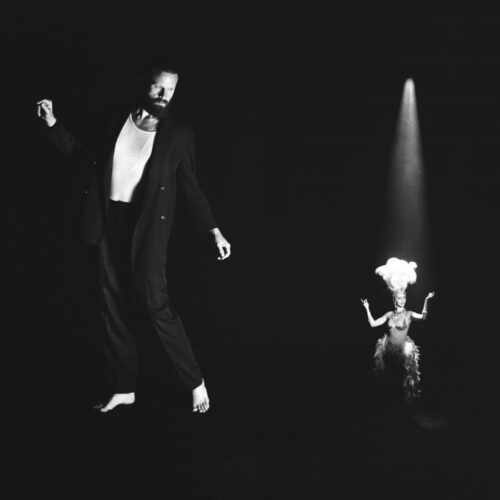 There’s something fascinating about following Josh Tillman’s adventures on disc. Especially since he stopped recording under his own name and created his larger-than-life double, the arrogant Father John Misty. The former Fleet Foxes drummer put aside the sad indie folk of his first offerings to start cooking up vitriolic baroque-pop tunes rooted in 70’s soft rock. The last time we heard from him was when God’s Favorite Customer was released in 2018. With this intimate album created while his love life was on the rocks, Tillman dropped the mask and laid his broken heart bare.

And four years later? Well, as if he wanted to take the opposite view of his previous opus, our man has stopped featuring himself in his lyrics. He chose instead to present fictional characters, mainly women, to tell us about their loves, their glory days, and their downfall. Let his fans, who appreciated his pen dipped in caustic soda, reassure themselves: even if the discourse of the author gives less openly in social criticism than on the very politicized Pure Comedy (2017), this dimension of his work is still present, but in filigree. In this respect, Tillman joins his model, Leonard Cohen, who knew how to handle irony like no other, in order to make us see all the beauty–but also all the ugliness–of the world we live in.

From the musical point of view, there is also a break between Chloë and the Next 20th Century and the album that precedes it. Indeed, the soft-rock dimension has been almost evacuated. As the title of the record indicates, its creator has cheerfully drawn from everything that the last century could offer as forms of popular music. We find bossa-nova, vintage folk (a nice nod to Harry Nilsson), baroque pop illuminated with harpsichord, country ballads, and especially jazzy songs such as those that rocked the golden age of Broadway and Hollywood. This style suits perfectly Tillman’s cynical eye, who has always made it his duty to criticize showbusiness made in the USA.

Backed by loyal partners, Jonathan Wilson as a producer and Drew Erickson as an arranger (what a masterful job!), Josh Tillman shows that he is a singer-songwriter in a class of his own. More than any of his other records, Chloë and the Next 20th Century is a work that can’t be tied to anything that’s in vogue right now. This artist, who has been deliberately polarizing since he began releasing under the Father John Misty banner, will–once again–not be unanimous, but one can only bow to such talent and intelligence.