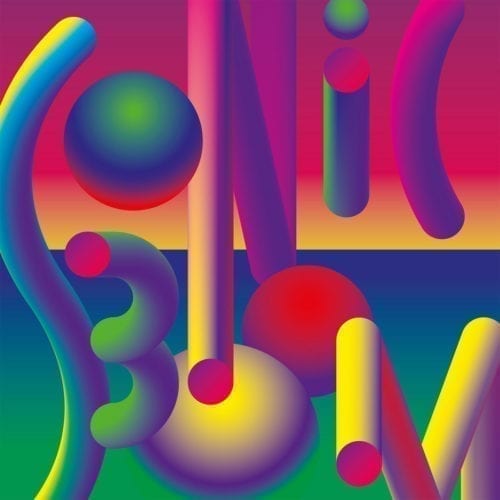 Since the founding of Spacemen 3 in the early ’80s, English musician, producer, and intrepid captain of countless inner journeys Peter Kember has served as a link between the deeply psychedelic practices of the past – krautrock, Indian ragas, LaMonte Young’s pioneering Theater of Eternal Music – and whatever next steps alternative rock might take.

All Things Being Equal is this elder altered statesman’s first album under his nom de plume Sonic Boom in 30 years. In the time elapsed, terms like “kosmische”, “drone”, “modular”, and “minimalism” have become common currency in realm of rock, so if anything, the rest of the pack is only just catching up with this one weird wolf. Kember has been busy enough over the last three decades, with Spectrum, E.A.R., and other projects, seeking the outer margins of rock, techno, and electro-pop, the points where those forms connect to more esoteric intentions – music as a magic key, unlocking the shackles of time and space that bind the conscious mind.

The sprawling, slow-moving numbers here are all built out of simple, circular motifs, rich in textures, while Kember’s vocal mantras remain as dispassionate and distant as ever. Longtime fans will note something subtle, though. Perhaps it’s a mellowing with age, perhaps it’s his relocation to Portugal’s sunny coast, but Kember’s music carries a pronounced touch of optimism and positivity here, as on the closing track “I Feel a Change Coming On”. Time may be a tyrannical abstract, and Kember, if anything, a trafficker in sounds of the past, but All Things Being Equal hints that the future might just be worth looking forward to.