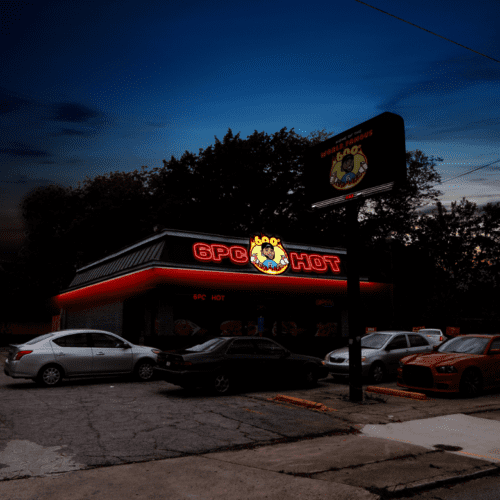 Already one of the most followed hip hop artists on the planet, 6lack (pronounced black, for neophytes) releases his third project, 6pc Hot EP, a foretaste of a studio album that should be released by the end of the year. Revealed in 2016 with his opus Free 6lack, the Atlanta-based singer continues to defend his city’s honour on this EP, which counts on the participation of several American headliners such as Lil Baby, Ari Lennox, and Timbaland. 6lack works once again in duality with this project, waltzing between rap and singing, or juggling braggadocio and introspection. The guest producers, though numerous, unite to offer a coherent and refreshing approach to trap. Unsurprisingly, the tracks “ATL Freestyle” and “Float”, released as singles just prior to the EP, are the most catchy tracks on the menu. 6lack manages to end it all with finesse on the melancholy “Outside”, a love song full of harmony in the context of the global pandemic. The result is a well crafted and concise EP, a quality appetizer in anticipation of his upcoming album.