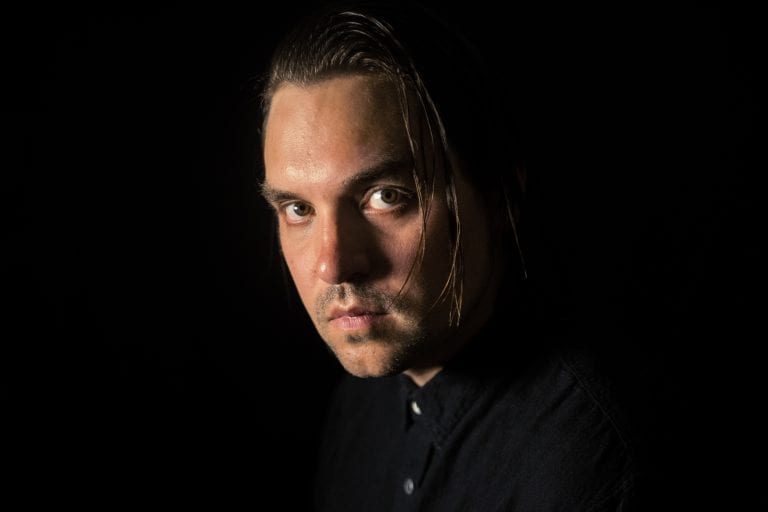 With Generations, Will Butler presents an album with dark themes but eclectic and engaging music.

With Generations, released a few days ago, Will Butler is the third member of Arcade Fire to put out an album this year. Recorded in his Brooklyn studio, Generations is an eclectic work, with varied colours, sometimes closer to the vitaminized punk or the exhilarating flights of Arcade Fire, and other times not very far from cabaret song, a kind of antimony or emotional paradox between the engaging side of the music and the darker themes that are evoked.

In the five years since the release of his debut album, Policy, which served as a sort of tentative premise for the more assertive Generations, Butler hasn’t been idle. He travelled the world as a solo artist, then released the live album Friday Night, went on to design and record Arcade Fire’s Everything Now, travelled the world again, earned a master’s degree in public policy at Harvard, and organised a series of town-hall discussions to debate issues such as police contracts, prison reform, paid sick leave, voting rights, and so on. He also spent a lot of time playing father to his three children.

Sitting on a couch at home in Brooklyn with a mug in his hand, Will Butler is there to talk. Smiling, very comfortable and above all affable, it seems to give him pleasure to talk once again about his album, and to invariably answer the same questions about Arcade Fire that all the journalists ask him…

PAN M 360 : During the last five years, you’ve done film, recorded, studied, you are the father of three children… With such a busy schedule, how did you find the time to conceive and produce Generations?

Will Butler: I’ve been building up songs over the last two years, and mostly playing them live when I can, at shows, and figuring them out. I hadn’t had time to sit down and figure out if I was doing another record or not, and last year I knew that I would have time in the summer to sit down with my touring band and record some demos, to see what these songs feel like. So I have a studio in a basement in South Brooklyn, and we recorded for a week, and at the end of those sessions, I was listening back to the takes and said, “this is the record, It sounds great! We have six songs here, we have a couple more, so let’s keep moving!”. So after the band sessions, I would take everything and put that on my laptop and work drafts of lyrics, cross some words, write other drafts… And I did that for about nine months, and the record was done. My last bit of recording was March 9, and then New York shut down on March 14… (laughs). So yes, it was a bit long between the two albums, but so much has happened in the last four or five years. (laughs) Not just in my life, but in the whole fucking world.

I knew I needed a stretch of peaceful time to process all that. And my wife and I, we have an older kid and we had twins two years ago, so you know, all this takes up a lot of brain space! But it was also trying to synthesize what was happening in the world since my last record. 2015 was a year of protest, there was Ferguson and Baltimore and then the election and the shit show since 2016, and now it’s the same thing again, with the pandemic on top… So I was basically trying to figure out how to respond to that with art.

WB: There was Miles Francis (Antibalas) on drums, who has been playing with me for the last five years, Julie Shore and her sister Jenny, who is also my wife, and Sara Dobbs. Everybody sings on this record, and the rest of it is a lot of synthesizers. Miles also took care of the guitars, and I played a little bit of guitars too, as well as some piano and keyboards, and I took care of the recording and producing. I did a bit of everything!

PAN M 360: What are the main themes on the album? It feels like you touch on fatality, despair, but also hope…

WB: Yes, there is a lot of despair on this record, especially in the lyrics. I don’t think there is much despair in the music. The music is always pretty forward-moving. But the songs are the words and the music, so there is always a tension between what your mind is thinking and what your body is doing. (laughs). I’ve always absorbed the lyrics last, so I always process music through my body, and then it ultimately reaches my brain. Besides despair, it’s being overwhelmed, like not even knowing what to do or where to turn or how to begin to formulate an answer to the questions that have been posed, particularly in political life, but it’s the same on the personal side. You know, some of the songs, like “Promised” or “Surrender”, are about friendships that have broken over the years, or have faded or twisted, and not knowing what to do with someone that you love but that has fundamentally lost you. So what do you do with that besides feel bad about the past, or wish that things were different? So both on the political level and the personal level, I was overwhelmed by giant forces, and trying to figure out what the hell is going on.

PAN M 360: There are several shades of sound on this record. It starts out a little punk, and then slides into the indie rock and pop that we know from Arcade Fire, it flirts with Bowie, LCD Soundsystem, to finish with something more reflective, cabaret even, à la Destroyer… It’s a very interesting pacing on this album.

PAN M 360: Seems like you’ve worked on your voice since your first album. You seem to have a lot more confidence and emotion.

WB: I think that comes from very deliberately working out most of these songs on stage, learning what the core of the song is. Policy was more something that was created in the studio… I don’t know… I was experimenting. The bulk of Generations is something like, “we’re here, we know what we’re doing and we’re doing it.” As nebulous as the lyrics can be, there is still a musical mission. And I’m a better singer, I guess. From having to sing as a frontman, you just become a better singer (laughs).

PAN M 360: Looking back, how do you perceive Policy, how would you compare the two albums?

WB: Policy, to me, is like a bunch of different characters. Like every song is like in a different suit or skin. This record sonically changes a lot, but it’s still one perspective, whereas Generations has a bit more of a coherent vision. The record as a whole has a bit more of a sonic arc. It’s not a concept record but it’s tied together both sonically and lyrically.

PAN M 360: Would you say that your solo work allows you to express yourself in a way that you couldn’t with Arcade Fire?

WB: Yeah, I think that’s true! But also, Arcade Fire lets me express myself in ways that I can’t on a solo record. Update one is that I don’t write any words for Arcade Fire (laughs). That’s like a very big difference. And there is a slight difference in ethos, and in approaching recording… Generations is a collaborative effort but I’m more the director, and Arcade Fire is more fighting with co-workers, in a creative way. But to me, it’s also like the same project. You know, it’s like Marcel Dzama, who sometimes does movies with Amy Sedaris and sometimes does paintings, but they’re all from the same body of work, a little bit.

PAN M 360: And what does your brother think of your music?

WB: I think he likes it. In the band, we all think we’re all talented. We like each other and we trust each other. So if they wouldn’t like it, they’d tell me.

PAN M 360: How’s it going with the new Arcade Fire. Should we expect a record soon?