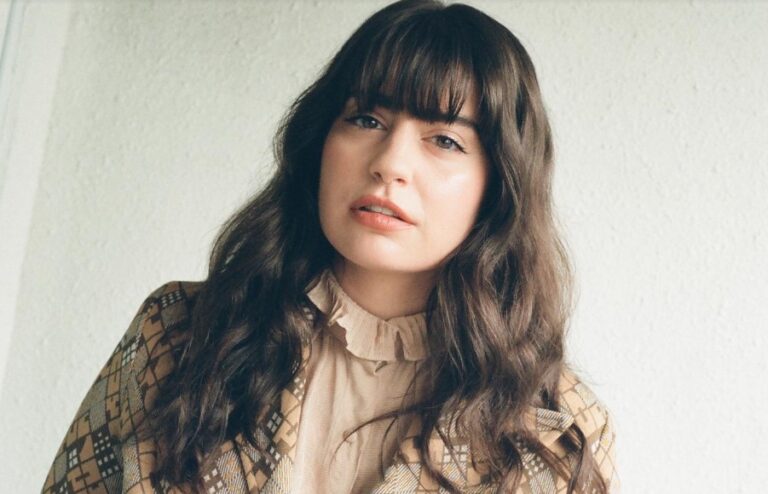 Every shade of Gray

At the age of 18, a young woman from Lavaltrie moved to Montreal to launch her career. She quickly made a name for herself on the Montreal scene, opening for artists such as Milk & Bone, France D’Amour, and the late Karim Ouellet.

Léonie Gray’s voice is both atypical and rich in emotions. Some of her intonations remind us a little bit of Billie Holiday and Amy Winehouse. In her music, the 29-year-old artist navigates between pop, R&B, and jazz. For her, music is a necessary therapy, “It’s like breathing, my body needs it,” she says.

Under contract with La Maison Mère, she tackles various subjects through her songs: mental health, feminism, and interpersonal relationships. Last April, the Quebecer delivered Who?, her first album comprising 13 songs, including the already popular “Monster and Echoes.”

Pan M 360 talked with her about her presence at the Festival International de Jazz de Montréal, her first album, and her creative process.

LÉONIE GRAY: I’ve been immersed in music since I was young. When people asked me what I wanted to be when I grew up, I always said I wanted to be a singer. I always had that goal in mind and made it happen. I started performing when I was seven years old. I did every musical audition I could get my hands on when I was in elementary and high school. My father is a musician, so that always helped me. My parents have always been supportive.

PAN M 360: What does creating music mean to you?

LÉONIE GRAY: It brings me a lot of good. It’s a form of therapy for me. Sometimes there are emotions in my life that I haven’t experienced that I can get through by writing songs. I love recording, composing, and getting feedback from people on my songs. Music is a part of me, it is an absolute necessity in my life. It’s like breathing, my body needs it.

PAN M 360: The subjects you address are directly linked to current topics such as mental health. Has the way you approach them changed over time?

LÉONIE GRAY: I think so. First of all, I’ve gotten older and more mature. I’ve been able to apply that to my music. Over the last few years, I’ve realized what I really want to talk about in my songs. I need to have a subject in my songs and most of the time I talk about feminist issues. I talk about it because it is directly related to what I experience as a woman. When I was last at the FIJM, I dealt with lighter subjects than today.

PAN M 360: Other than current events, where does your inspiration come from?

LÉONIE GRAY: My inspiration comes from my own mental health as well as from my interpersonal relationships. I find that the relationship you have with others says a lot about who you are. This is an important aspect to communicate in my songs. I am also inspired by artists like Joy Crookes, from the UK. We deal with similar issues and I love her music. On the other hand, I also like Les Louanges. He has a different style than others and it’s exciting to see a local artist with so much potential to break through internationally. He has fun singing, you can tell.

PAN M 360: How have you evolved since your last participation in the FIJM?

LÉONIE GRAY: Between my last participation and today, there was the pandemic. Like everyone else, I’ve been in my head a lot. I have done a lot of personal work and I am more at peace with who I am and who I am becoming. I’m getting more and more comfortable making music that feels like me and that I want to hear. I don’t just make music to please anymore. I want to be proud of my accomplishments when I listen to myself. Also, I have made room for more vulnerability in my life, and this is reflected in my music. From now on, I give less importance to public opinion and I feel freer in my creation.

PAN M 360: What can we expect from your show this Thursday?

LÉONIE GRAY: People will be dancing and singing, that’s for sure. The show will be on a small stage. So there will also be more intimate moments. I want people to sit on the ground and enjoy those moments. I’ll be singing my entire album Who? as well as one unreleased song. I can’t wait to sing this new song in front of my family and friends. For several years I’ve done run-in shows and I’ve enjoyed seeing people’s reactions to my songs when they hear them for the first time. It gives me a sense of what the audience thinks and whether I like singing it on stage.

PAN M 360: Are there any artists you have seen or are looking forward to seeing at the FIJM?

LÉONIE GRAY: I really wanted to see Tash Sultana’s show. Unfortunately, I wasn’t available. Also, I saw Cécile McLorin Salvant and Kamasi Washington. I definitely want to go see Anomalie concert this Thursday. There are so many shows at FIJM and it seems like I want to go see them all!

PAN M 360: What is the influence of jazz in your songs?

LÉONIE GRAY: Naturally, there are certain chord progressions that attract me more than others. Very often it’s the soulful, jazz-like ones. I mix them into my pop musical structure. Also, using instruments like trumpet and violin brings me closer to jazz.  In fact, people often link my vocal tone to jazz. I am often told that I do “pop-jazz.”

PAN M 360: How do you feel since the release of your first album last April? Are you working on any new projects?

LÉONIE GRAY: I’ve been wanting to release this album for some time. When it came out, I was very relieved. The feedback we got from listeners and the media was incredible. It kind of alleviated some of my insecurities. I’m extremely happy with the result. We have a little tour planned until February. It feels good to get back into the pre-pandemic rhythm and do more shows. There are several other related projects that will come in connection with this album. For example, I have a music video coming out soon for one of my songs. Of course, I need to create and I have already started working on my next album. Many beautiful things are to come!