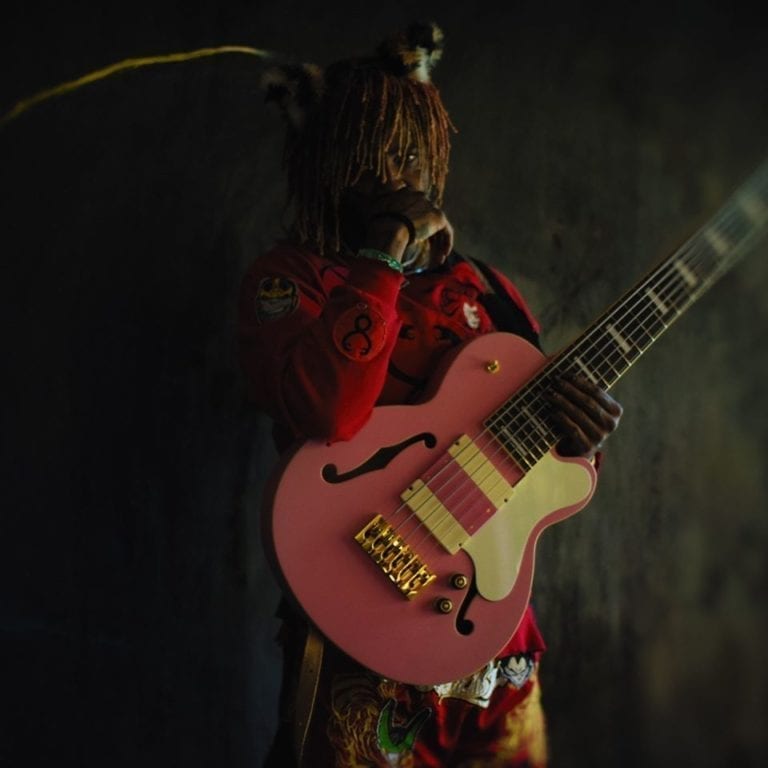 Thundercat: Just what what is is

A compatriot of Flying Lotus, with whom he has been recording and touring since the album Cosmogramma in 2008, a collaborator with Kendrick Lamar, orchestra leader, composer, jazz/groove/R&B super bassist and countertenor whose voice is reminiscent of the late George Duke, Thundercat is the most prominent bassist of the current period. He was supposed to tour this spring with to promote his new opus It Is What It Is, released on the Brainfeeder label, but COVID-19 decided otherwise… which didn’t prevent the phone conversation here with Stephen Lee Bruner, reached in Los Angeles.

Beyond the global pandemic, the launch of It Is What It Is took place in a very particular context.

“It’s been a lot of growth and change, sometimes pain, actual real-life aspects. At this point, it’s not so easy to see what has been achieved. To be honest with you, as a songwriter, I’m very proud with the body of work that it is. I guess the best way to describe the process is that I’ve never taken a break composing. I was never feeling composing for a specific project, it was an ongoing process.”

“Things only changed recently, when major events happen in my life. In a different way, it kind of forced me to sit down. My best friend passed away, it led me to stop drinking alcohol, many things changed since. It’s also part of life, you know, we gotta come out of this and try to lead something. I’m not the first to go through that, its okay.”

In great demand, Thundercat evolves within an extended family, several eminent members of which came to lend him a hand in the recording sessions for his fourth album.

“Between me and guys like Ty Dolla $ign, Louis Cole, Donald Glover [Childish Gambino], Steve Arrington, Zach Fox, there is something familiar. I’ve been collaborating with those people since a while, we got closer together through this recent process of creation. It changed a few things in my music. All those guys are very close friends and I feel very fortunate to have them with me on the album. I think we spent intense moments – TyDolla $ign, Lil B and me were very close to Mac [Miller], we were very upset and shaken by this loss. At the same time, Mac has been a light for us during the recording sessions. He was a very much a musician first – seriously, his musical skills were very strong. That was also an occasion to share love and friendship.”

A seasoned stage vet, virtuoso to say the least, Thundercat defines himself first and foremost as a performing artist:

“Live, my music is a sort of a stretch, it is very similar in a way. Many ways lead to the final compositions, but the live trio is the same that tours with me since a few years – Justin Brown on drums. I feel blessed to have them on stage with me.”

Until further notice, due to the coronavirus crisis, the stage performer is in retreat…

“My tour was cut short, so I’m getting back into practicing. I have a chance to practice every day, I got to adjust because life has changed. Right now, I also try to sit down and reflect. It’s a bit difficult but it’s okay. Whatever happens, life is still moving forward like it always will.”

Along with musicians such as Flying Lotus, Kamasi Washington, Terrace Martin, Taylor McFerrin, Michael League, Makaya McCraven, Shabaka Hutchings and other leaders, Thundercat is one of the great reformers of jazz, hip hop, soul/R&B and electronic music.

“For me, the blend between jazz, hip, soul/R&B and electronic music is healthy balance. Where am I? I’m at both places at the same time: songwriting and instrumental music. I’ve never seen them as separate. My music is landing itself at its place, it’s a bit of a wild card.”

While still young, Thundercat points out that he is 35 years old and needs to be open to the next generation.

“I’m very inspired by young people bringing hip hop and rap somewhere else, they’re making something different, bringing an interesting perspective to the music. Among them, I think about guys like Guapdad 4000, 645 AR, Smino, Earth Gang, Phony Ppl. The doors are opened again for creative et innovative music.”

“I think that my audience is aware that I’m also doing jazz music. Also, this music is really connected with instrumental R&B and jazz-funk from the ’70s, which was a very important period for this kind of music. I grew up with jazz-funk and jazz fusion, musicians like Herbie Hancock, George Duke and Stanley Clarke are major influences in my own creative evolution.

“I know, this music became boring and commercial for a long while before becoming creative again. The musical landscape is always changing, the forms and shapes go through mutations, this is what happened with hip hop. People were hungry for something different, and created it, and that was hip hop.”

Thundercat concludes on a rather optimistic note, despite the hard trials and tribulations:

“In a way, I’m a byproduct of my environment, it explains my interest to those different music styles. I try to gather different periods of the modern music history. I feel that every instrument, acoustic, analog or digital, can be a tool for composers. Whatever is coming next in music is very exciting, I’m ready to see what happens. People from the new generation and different parts of the world are diving into the creative universe and bring different breeds into it. It’s beautiful to see! And I’m happy and grateful to be part of that.”

And that, being what it is, is that.