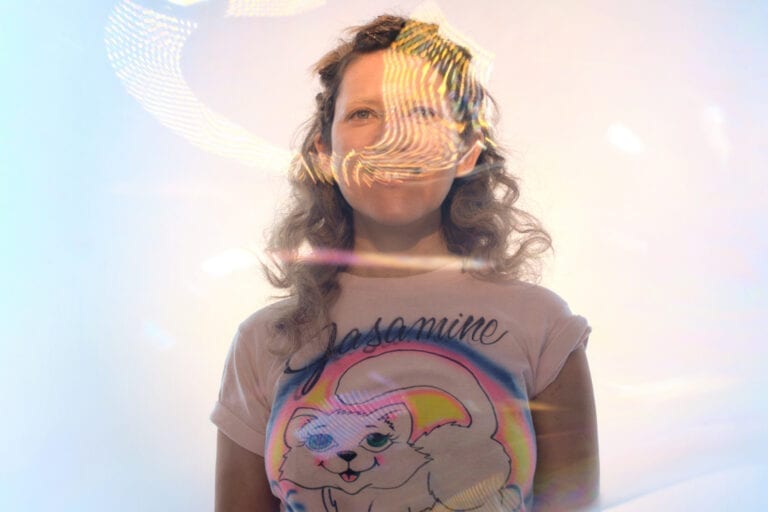 Brand new shoes for No Joy

On their album, Motherhood, No Joy push the boundaries of shoegaze a little further, giving the genre a much-needed second wind.

Established in 2009 by Victoria, BC native Laura Lloyd and Californian Jasamine White-Gluz, No Joy began their shoegaze epic with riffs exchanged via email, before White-Gluz moved to Montreal. Six singles, three EPs and four albums were born from this fruitful collaboration, until Lloyd left the ship in 2015, shortly after the release of More Faithful, leaving White-Gluz alone to stare bereft at her footwear. Now in charge of the band’s destiny, White-Gluz ventured slightly outside of shoegaze, notably during her collaboration with ex-Spacemen 3 member Peter Kember (Sonic Boom), on the No Joy/Sonic Boom EP of 2018, where she set aside the six-string in favour of electronic tools.

It’s with this spirit of openness that White-Gluz attacked the composition of the band’s fifth album, Motherhood. Although No Joy had shown an interest in ingredients other than shoegaze from the beginning, notably the often groovy bass and glittering pop flights, this new effort takes the Montreal band elsewhere, while remaining firmly rooted in the basics of the genre. Trip-hop, nu-metal, and trance are now added to No Joy’s menu. Jasamine White-Gluz told us about the creation of this album, which could well redefine the boundaries of shoegaze.

PAN M 360: Motherhood, which has just been released, is the first full-length album without guitarist Laura Lloyd. Did her departure change your way of composing? Listening to this new record, it feels like you’ve given yourself more freedom.

Jasamine White-Gluz: Laura left five years ago; there was no drama, no tragedy, it was just that she had come to terms with what she wanted to do with No Joy, and wanted to move on. So the last record she was on was More Faithful in 2015. Garland Hastings, our drummer since the beginning, left in 2017, after the release of the Creep EP. With him too, it went well, we could see it coming, so nobody was surprised when he announced he was leaving. For sure, their departure changed the dynamics of the band. I would say that it provoked a different kind of collaboration. You know, we’ve played together for so long and made so many records, it’s normal that it affects the band; that’s why I did these three EPs before Motherhood. I wanted to see where I was going because after Laura left, I was in charge of a lot of the compositions and the destiny of the band. I see these departures more as a progression, after all. So these EPs allowed me to further define my style, and what No Joy would become.

PAN M 360: With the elements of trip-hop, trance, and nu-metal found on Motherhood, would you say you’ve made a radical change from what No Joy used to do?

JWG: I’d say so. For me, shoegaze is not just “rock”, it implies certain manipulations of sounds… Take Kevin Shields for example. He did remixes, had fun with drum loops… Or Primal Scream. They started out as a shoegaze band and then branched off into something much more danceable with Screamadelica, while still retaining the essence of shoegaze. Which means that shoegaze can include all kinds of things, and Motherhood is for me an extension of that.

PAN M 360: Would you say it’s No Joy’s most ambitious album?

JWG: Absolutely, definitely. This is the album where I tried everything (laughs). All the ideas I had, all of them! A lot of times, I’ve tried an idea and wondered if it’s stupid or interesting, but I’ve really tried everything instead of trying to stick to a style. And we’ve kept almost everything! At one point we said to ourselves, what if we added a baby’s laughter?, and it ended up on the record! It wasn’t easy to fit all these different sounds into the mix, though…

PAN M 360 : How did the creation of  Motherhood play out?

JWG: I started making demos in 2016. Always with guitar and vocals. I was doing this with [multi-instrumentalist] Jorge Elbrecht [Ariel Pink, Sky Ferreira…], with whom I’ve been collaborating since the album Wait To Pleasure (2013). He really understands what I’m trying to do in terms of sound. So when we came into the studio, the goal was just to have fun. I wanted to give the feeling we had fun making this record. We recorded it in Montreal, at the studio Toute Garnie, which belongs to Braids.

PAN M 360: Your sister Alissa, who plays guitar with Arch Enemy, is also on the album. Is this the first time you’ve collaborated with her?

JWG: Yes, it’s the first time we’ve worked together since we’re adults. We’re rarely in the same place at the same time, and when it happened, we felt we had to do something together.

JWG: Um… no. I’m older than her, I grew up listening to nu-metal, whereas she’s more purist, more into Swedish metal. She knows a lot more about metal than I do! So the nu-metal on the record, it comes from me… and I still like it! (laughs)

JWG: No, not really. It’s just me and my sister who play music in my family. But my parents, on the other hand, are great music lovers. There was always music playing at home, and my mother has a huge collection of vinyls. There were also always instruments lying around at home, so my sister and I used to play with keyboards, guitars… It must have been very annoying for my parents, because we made a lot of noise. We didn’t know how to play, but that’s how we learned.

JWG: So there’s Tara McLeod, who was in the teen metal band Kittie. She’s been playing with me for about three years, and I can tell you she’s the best guitarist I’ve ever met. She plays so amazingly – it’s crazy! I’m nothing compared to her. Our new drummer is Jamie Thompson, who played with Unicorns, Islands, Esmerine. He’s really talented too. These two exceptional musicians have really helped me improve myself. Madeleine Campbell, who is our touring sound engineer and who knows us very well, did the production with Chris Walla of Death Cab for Cutie. We were lucky because he was there in the studio when we were recording, so he helped us out. He was in Montreal for a good six months, I think – we were lucky!

PAN M 360: About the title, did you pick it because you became a mother?

JWG: No, not at all! In fact many of the songs on the record revolve around people getting older, mothers, fertility, family… Observations I made of friends, my family, myself, the relationships of people around me with their mothers and grandmothers… Family in general, femininity, fertility, what is a mother, who can be a mother, what is the role of a mother… The fact remains that I’m not a good storyteller, I prefer people to make up their own minds about the lyrics. I didn’t realize, when I was writing these songs, that they were more or less on the same subject. So I thought that the word “motherhood” fit well with all these themes – and I think it sounds a bit metal too! (laughs)