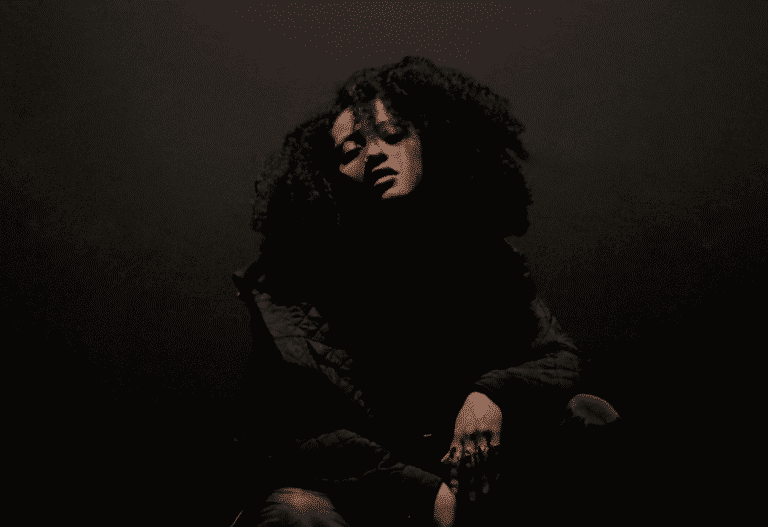 Naya Ali: The Path to Elevation

Naya Ali has become a major figure in Quebec and Canadian hip-hop, and is releasing her second album with the firm intention of reaching the next level: international influence. Backed by star beatmaker Adrian X (Drake, The Weeknd), who joins loyal collaborators Kevin Figs and Chase.Wav, the Ethiopian-born Montreal rapper releases Godspeed: Elevated, eight bright tracks charting the journey of transcendence.

This path has been forged since childhood, through early desires to assert herself on the rap planet, a cautious retreat to university studies and a reaffirmation of her creative identity. Her first album, Godspeed: Baptism (Prelude), confirmed his talent, and with the second chapter, an ascension that was slow and sure is now accelerating.

At the suggestion of PAN M 360, Naya Ali agrees to describe the eight tracks of this new opus on the Coyote Records label.

Naya Ali: “Air Ali” is the intro. It’s about the feeling I have of having one foot in the door and one foot out the back. That feeling leads to remembering where I came from, how I grow, what I gain and lose along the way. When you grow, not everyone can come with you.

Naya Ali: Yes, when you try to rise you have to change your mindset, you have to lighten up to take flight. The people you come in contact with then will not all do it like you do, everyone is not at the same stage of their development in life. So there is what I was used to and there is the new world, the newness, the possibilities that are opening up for me.

PAN M 360: Who’s the main beatmaker for this track?

Naya Ali: Kevin Figs, who I work with on a regular basis, and who did a few tracks on my first album. He’s from Montreal, works a lot in Los Angeles and Montreal, and has a very Atlanta sound but is also able to create other worlds. We have a great dynamic together.

Naya Ali: I did this piece in Toronto with Adrian X. It’s a middle finger, but very joyful. It suggests this: you may not like me, but respect me. It’s also the affirmation of the neglected one who comes in with all this energy.

PAN M 360: Well… is the underdog you think you are still a successful late bloomer?

Naya Ali: I have a clear vision of who I am. Sometimes I’m misunderstood by some people, they don’t always know where they stand with who I am. Anyway, that’s part of the process and it legitimizes the energy of this track. Musically, it’s a high-BPM song and it’s a straightforward rap. I can be melodic as well, some tracks have to be sung, but it’s also important for me to keep the rap up front.

PAN M 360: By the way, you clearly impose yourself among the female MCs in Montreal?

PAN M 360: Uh, sorry. Yes, we should no longer associate a rapper’s talent with their gender.

PAN M 360: One of these days, these considerations will be completely gone. Until then, we can talk about the song “Str8 Up”, ha ha!

Naya Ali: “Str8 Up” is the last track I did for this album. It has an energy that needed to emerge. I had this image in mind when I created this track: a door opens and you walk through a valley with snakes in it. To get to the next door, you have to cross this valley and its snakes. So you have to make peace with the idea that there will always be snakes, that is, you have to keep your focus on what really matters in order to rise above the obstacles, doubts and hard work. Its sounds are a bit drill-y, bouncy, but are sometimes more intimate and melodic.

PAN M 360: “Another One” is clean, minimalist and powerful. Big bass, little embellishments in the arrangements, and the voice in front.

Naya Ali: I was inspired by J Cole for this track, because his flow is clean and powerful. There is no superfluous ad lib in his rap.

PAN M 360: You are also like that, direct, without detours.

Naya Ali: That’s right, so the theme of “Another One” suggests that music is a bigger medium than me. Music to me is a movement, a paradigm shift, a way to speak and energize the world. “Another One” is pure rap, very culturally charged. We used some Ethio-jazz style piano tracks. The production is by Adrian X, Chase.Wav and myself. The mix is by Mixed by Gee and John Brown.

Naya Ali: The number 102 is my neighbourhood bus that I used to ride as a child and teenager. We also inserted samples of Ethiopian spiritual music, because this track is about my origins and the culture passed on by my parents. So I’m talking about my DNA, about Montreal where I grew up, about summers spent in Virginia with my father who lives there, and that’s why we still use Ethiopian music samples like the lyre.

Naya Ali: The first weekend I met producer Adrian X at his office, there were several shootings in Toronto. Violence is not what defines this city. For the past few years, however, there has been an unhealthy vibe, a poison that has taken hold in the minds of these armed, clannish, territorial kids. This insanity is taking root in the mentality of the young boys, but also of the girls who think it’s cool to keep such company. This culture of violence is no longer simply a question of economic poverty, it has become a way to show off one’s power. So these kids with guns are eliminating their chances of getting rich in Toronto by choosing this culture of violence. And it’s happening here now too, this song could very well be called “Montreal’s Gold”. So what can we do? Change this mindset by offering young people opportunities in art, sports, science, etc.  The beat of “Toronto’s Gold” is heavy, the atmosphere is dark, the tone is direct and pure. For the music, Adrian X produced this track, we completed it in Montreal with Chase.Wav and John Brown.

Naya Ali: It’s a universal feeling: that of loss and grief. For me, it’s a personal ordeal I went through when my dog Simba died last year. The text was written while he was sick, and I wanted to prolong his life forever through this song. On this album, by the way, this is the song where I open up the most. The music is by Adrian X, we went with a Frank Ocean vibe.

Naya Ali: The album starts out punchy and assertive, and ends with emotion and an openness on my part. There is a lot of emotion in me, I’m starting to open up. No, I’ve never been afraid to open up, but I do reveal things in myself at the right time. Opening up, however, does not mean talking about my personal life. I prefer to keep my private life private and keep it a mystery… while remaining open and accessible.