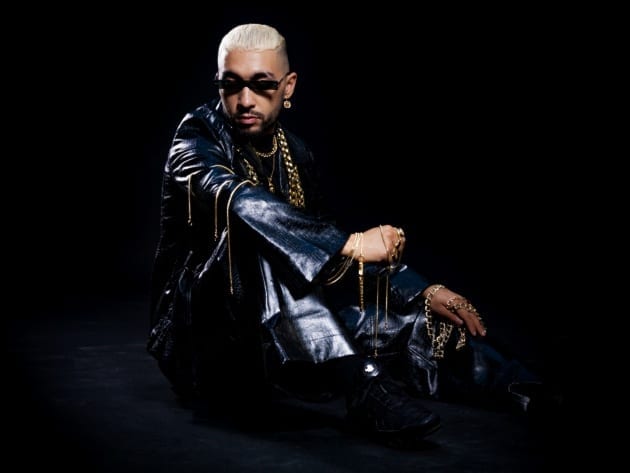 The worlds of Sofiane Pamart

In the wake of the launch of his new solo album, rap pianist Sofiane Parmat tells us about his relationship with travel, his background, and what matters to him.

Did you know that the cactus produces a flower – and that Sofiane Pamart plucked one from the tree of rap? He’s the go-to pianist for this musical genre, working until now in the shadow of names such as L’Or du Commun, Scylla, and Vald. And even if his flow has no words, his new album Planet Gold speaks to more than one, here and there. Pamart spoke with PAN M 360 about this and more.

Sofiane Pamart: You see, Planet was released last year, and we added six new songs to reach 18 with Planet Gold. I’ve been playing piano since I was very young, it was time for me to make my solo piano album. I decided to do it to talk about my relationship with travel. This album is both my first solo piano album and at the same time, it represents my love for travel and for this country.

SP: Yeah. I find rappers super inspiring because of their lifestyle, their way of representing themselves in relation to the world, their spontaneity. My lifestyle as a pianist is much more like a rapper’s. I play the piano, but they are the ones I feel most comfortable with, even in the videos, in the things we have. My style of communication is comparable to a rapper’s, because of the similarities in taste. More than ideas, we do the same thing. I’m a pianist, but I’m treated like a rapper among rappers.

PAN M 360: What are two decisive influences for you?

SP: The first is travel. Otherwise, it’s also a family story. I come from a non-musical family and I’ve been playing the piano since I was a child. For me, it’s a strong symbolic gesture, and a pride in the accomplishment of all the work we’ve done since we were very young. Today, I have a life as an artist, centered on the piano, and this life is possible because since I was a child, we have had a whole organization around music. It is a first strong founding gesture that I have towards my family, to pay them back and pay tribute to all the efforts that my parents and grandparents, who never made music, had to make for me.

PAN M 360: Often, people who’ve just left the conservatory tell me that naturally, that their parents are musicians.

SP: In fact, you see, when you come from that milieu, you already have the right references, the codes. We didn’t have them and we went about it differently. So, for me, it’s even more of a source of pride. Coming from a family of non-musicians, at the conservatory, that means a lot.

PAN M 360: What is your view of the conservatory sphere and its elitist side?

SP: It’s true that going to the conservatory means understanding its codes and the big competition that’s played out both in terms of your level of music, but also in terms of your more classical cultural references. Something that you have is one type of person more than others at the conservatory. As for me, I managed to go all the way to the conservatory, but living in an environment that has nothing to do with it, I’m very comfortable, in my life, to move from one world to another. I take the good things from both worlds. I create a kind of link between them. My audience would not have taken the step of listening to a solo piano album. Around me, a lot of people were interested in the piano because I played it, but even more so now that I have visibility. They like this approach because they have the impression that they would have done like me.

PAN M 360: How do you respond to the classical purists, who remain unconvinced?

SP: The relationship to music in criticism and analysis, which is meant to be very cerebral, I find boring, really boring. That’s my personal approach. I don’t want to frustrate people who want to have an intellectual approach to it, but it’s not my temperament. So I’m quite happy not to be in that environment. I’m happy to evolve between several worlds where we see things in a more positive way. First of all, you see things from a cool angle. The important thing is to touch, to be moved. That goes beyond the technical repertoire. That comes later. It’s interesting to understand how an artist creates, but that comes later. I’m very happy to move away from that. If it does you good to tell you that there are winks at Debussy, I’m very happy, and if you have no classical references and it makes you think of film music or something else, I’m very comfortable with that.

SP: I love Madagascar, it was a really incredible experience. I loved going there. Even if there were moments that were a little sad. The country is beautiful, but there’s a lot of poverty, and you see some things that really mark you. But in fact, what I tried to translate in this song is more the wonder I had. You see, it’s a cascade of notes, because in fact I think it’s really a magnificent place, imposing by its beauty. It’s very magisterial for me, the theme of Madagascar, you see. Because that’s the impression I had when I arrived, and I wanted to communicate that. I was in Madagascar and also in Nosy Be, which is a bit more “paradisiacal”, but I did both.

PAN M 360: Overall, rap is a rich compendium of a multitude of horizons, what do you intend to bring through the piano?

SP: It’s broader than just rap. In my way of working, I bring together people who don’t have the codes of the piano, but I talk to anyone who’ll be moved by the music. I like it when someone explains to me that they learned the piano young, and that it makes them want to play again, or start playing. I like it when they make a personal story out of a track. Either it makes you want to go further, to play, to create a reproduction, or you’re just in the process of escaping. That’s why I have an album about travelling. I think it’s something we can all have, escape through the imagination, it’s an inner journey. Since there are no words, it leaves room for you to make your own story.

PAN M 360: A gold medal from the Lille Conservatory, a rich rap repertoire, a cutting-edge style, a company, YouPiano, a law graduate in Lyon, an MBA in management – what are your flaws?

SP: (laughs) Well, no, afterwards, you know, it’s normal that as an artist, you show your best face, your best assets. You’re going to keep your flaws secret. Being very emotional is sometimes a quality, sometimes a flaw. For me, my flaws go hand in hand with my qualities. Being very emotional can turn against you, and you’re less in control of what you want. Being very productive makes you obsessive about working, which can be a flaw. Moreover, I really enjoy life, travelling. I can’t hold on if I stay in one place for too long. We have flaws in our qualities, it goes hand in hand.

SP: Yes, very much so. Especially as a child, now I manage better, but as a child, it was too much.

PAN M 360: Does the piano channel your energy?

SP: The piano channels it in a serious way because at that moment I’m focused, I forget everything.

PAN M 360: Do you play other instruments?

SP: Only the piano. On the other hand, what’s good, and what I do a lot with beatmakers, is to go from the keyboard to many other types of instruments.

PAN M 360: What is your mood for future musical projects, and do you plan to have guests?

SP:I haven’t yet thought about inviting other pianists. The most natural thing for me would be with my sister, Lina. For me, she would be the first guest. My sister has chosen a different path, she’s a diplomat, but on the other hand, she’s at a very high level on violin. She’s younger. She also does a lot of concerts with me. Recently, we composed together the music for the commercial for [the video game series] Assassin’s Creed.

PAN M 360: Who are your favourite pianists at the moment?

SP: I love Chilly Gonzales. He’s a character! As a pianist, he breaks codes, with his humorous, joking side, it’s really something of his own. That and Tigran Hamasyan, and Henri Barda, a master I had in classical music. He plays Chopin like nobody else.

SP: Before, when I still had time to teach piano, I had developed a way of learning the piano without going through solfège. My preoccupation was an approach to the piano that everyone could work with, and that’s reflected in my music. My relationship to learning is the same, learning without going through music theory, with rewarding results. In a short while, I’ll be posting lessons linked to my pedagogy. I’m very close to the start-up ecosystem, ideas are flowing from everywhere.

PAN M 360: And what about your scores, do you release them?

SP: Not yet, but it’s in progress, I’m asked for them every day.

SP: I can’t wait to come and play in Canada. I already played two years ago in Montreal. As soon as the borders open. There, everything is on hold, the Olympia is still closed, we’ll see. Let’s keep our fingers crossed.