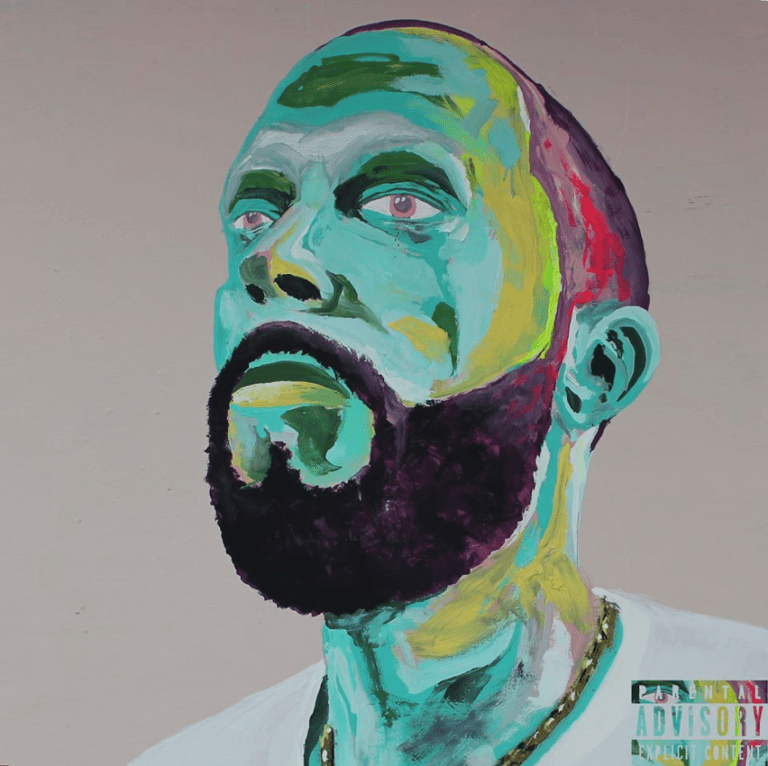 He’s one sixth member of Alaclair Ensemble and half of Eman X Vlooper, but is now establishing himself as a solo artist. Keb rap veteran Eman, 14 years after his first work with the duo Accrophone, is releasing his first solo album, a logical follow-up to his EP Maison, released in 2019. He spoke with PAN M 360 about his career in retrospect, and about this new project, of which he is almost the sole architect.

At the age of 36 and a father of two children, Emmanuel Lajoie-Blouin may not have the freedom of earlier days, but he says he uses his responsibilities as an anchor in his projects. “My approach hasn’t changed,” the Quebec City MC explains. “I just have less time. I spend a lot of time with my family. Afterwards, it’s a source of motivation too, to do something more organized. It hasn’t changed the art as such, but I may have less time for research and development. It has to be effective, when I go into the studio.”

On June 26, he launches 1036, an album almost entirely produced one year before the beginning of the collective confinement caused by COVID-19. “During the pandemic, I had time. I was thinking about going on tour with Alaclair, but I had time to do some mixing and arranging. That’s the positive side of it,” he says.

Although he enjoys brainstorming sessions with his colleagues from Alaclair Ensemble, the conception of a solo album has brought Eman something different as an artist. “I had more time to ask myself questions instead of doing more spontaneous stuff. I developed  the making of the album more, the creation of the music. The step back is just different.”

The album is partly a tribute to his roots in the rap industry. “1036 is a civic address in Quebec City. That’s where it all began, in our musical careers, in the days of Accrophone. Twenty years ago, like, we built a studio there, it was a meeting point for a lot of Quebec City rappers,” Eman recalls.

While the first 12 tracks on the album were produced by Eman, it was his lifelong colleague, Claude Bégin, who took care of the mixing, mastering, some of the arrangements, and the production of the thirteenth and final track.

“When we made the album with Claude, we were witnessing the end of an era, which is over because we have more responsibilities. It was to bring this episode to a close. We don’t have a roommates’ life any more, more like an old man’s life, thinking about his mortgage,” Eman self-mockingly philosophizes. Bégin, described by Eman as his “musical brother”, has accompanied him since his beginnings in the business, whether with Accrophone, Movèzerbe, Alaclair Ensemble, or on tour with Karim Ouellet.

Although retrospective moments abound on 1036, Eman doesn’t see nostalgia as a guideline for this project, but rather autonomy. “I’m here in my life now, trusting myself with this, mixing and recording. I’m very proud of this project because I practically did it on my own. It’s a milestone in my life. Producing the whole album and doing the cover is a bit of a control-freak trip,” he concludes with a smile.

Indeed, the cover is a self-portrait painted by him, but he plans to get it out of the studio soon. “I don’t really like to see my face all the time,” he jokes.

Beyond the conceptualization of the album and the cover, Eman wanted to produce a more organic sound than before, limiting his use of sampling. “I’m proud of that – I did some acoustic drum takes, I played bass and guitar,” he says. “It’s something I’m exploring more and more, getting out of the rap context,” he says, adding that he draws inspiration from the San Francisco and Oakland scenes in his productions. From a local point of view, he argues that certain pillars of keb rap, such as Muzion, Dubmatique, and Sans Pression, forged his musical identity.

Although the end result is a consequence of his hard solo work, Eman invited several collaborators on board for 1036, including Lary Kidd, Obia le Chef, and Sarahmée. Although it’s very rare to see Quebec hip hop artists invite women to rap on a track, Eman assures that the latter’s presence is in no way premeditated. “There’s nothing gendered about it, I love what she does and we’ve known each other for 15 years. The image, afterwards, I find it beautiful. The image of the black woman with the white man, there’s something strong, a message of love. In 2020, we need that image,” he says.

Although he throws a few bricks at his fellow rappers and the music industry in Quebec on 1036, he argues that he does so with a touch of sarcasm. “It’s more like the gears of the music economy, shady producers who take everything for themselves. I don’t have much to reproach the other rappers, they motivate me. It’s really more for bragging, rap is a sport. In 2020, more than ever, we have to work together as a team. I’m calling for a rally. The term is funny during the pandemic, though,” the rapper says ironically.

Claiming that he’s “running out of space for his Felixes” on the song “Pression”, Eman implies that he’s already accomplished everything he hoped for, professionally. On the contrary. “I’ve got lots of ideas. Now I’m more independent than ever, in terms of recording and producing. But I still have a lot to learn. I’m extremely hungry to make more music.”