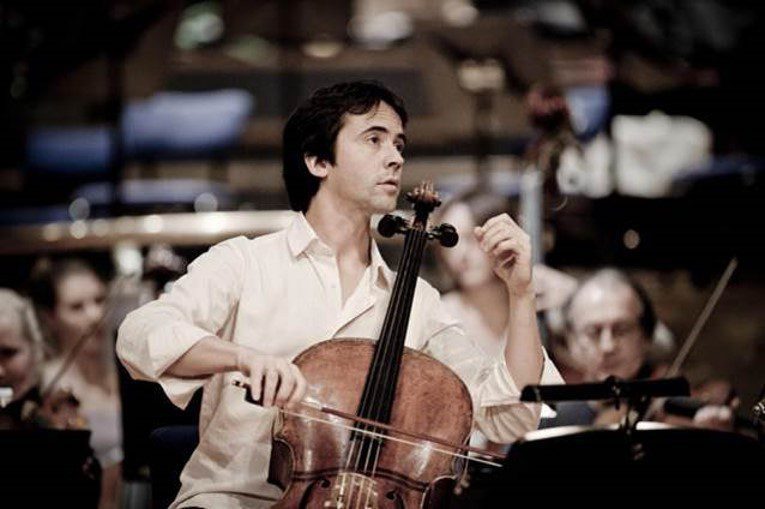 Jean-Guihen Queyras is the first name that comes to mind when one speaks of top cellists in France. Born in Quebec, he has been based in France for most of his life, but has always had a special bond with Quebec’s classical music community, as evidenced by his frequent visits and affinities with several local artists, beginning with Yannick Nézet-Séguin and his colleague Stéphane Tétreault, with whom he shares this program at Salle Bourgie two nights in a row this week.

Best known for his role as a soloist with the Ensemble Intercontemporain, Queyras was influenced by the approach of the late Pierre Boulez, one of the leading figures of contemporary music in the previous century. Queyras is not a hardcore contemporary musician, however. This eclectic virtuoso likes to explore the entire repertoire written for his instrument, from the Baroque era to the present day. He has made some 40 recordings since 1994, which shows the scope of his career.

His biographical profile indicates that he has premiered works by Ivan Fedele, Gilbert Amy and Tristan Murail, and that he recorded Peter Eötvös’ Cello Concerto for the composer’s 70th birthday. That he plays numerous works for chamber music. That he formed an outstanding trio with the violinist Isabelle Faust and the pianist Alexander Melnikov. That he founded the Arcanto string quartet with Tabea Zimmermann, Antje Weithaas and Daniel Sepec. That he’s regularly accompanied in recital by the pianist Alexandre Tharaud.

Queyras teaches at the Hochschüle für Musik in Freiburg and is the musical director of the Rencontres musicales de Haute-Provence in Folcalquier. Since 2005, he has been playing on a cello made in 1696 by Gioff redo Cappa, kindly made available to him by the Mécénat musical de la Société Générale.

PAN M 360: Let’s first talk about the works you will be performing as a soloist at Salle Bourgie: Ahmet Adnan Saygun’s Partita for Solo Cello, Op. 31, Britten’s Suite No. 1 in G Major for Cello, Op. 72, and Bach’s Suite No. 1 in G Major for Solo Cello, BWV 1007. A highly varied program! Could you comment on these choices and your approach to them? How are these works related?

Jean-Guihen Queyras: The Saygun Partita is a splendid work that deserves to be known worldwide! It alone is worth the trip! It combines, with ardour and depth, Turkish folklore and French colours, which testify to Saygun’s studies in Paris. Britten’s First Suite is a masterpiece written for Rostropovich, directly inspired by Bach’s First Suite, which I will play later.

PAN M 360: At this stage of your brilliant career, what are the main issues in your playing? Today, what do you seek to develop as an instrumentalist, artist, soloist? Other marked interests?

Jean-Guihen Queyras: I continue to let artistic encounters guide me, and it is more and more exciting! Working intensely with A.T. de Keersmaeker was so inspiring! And then I like to cherish and develop collaborations with great artists, lifelong friends, Isabelle Faust, Tabea Zimmermann, Raphaël Imbert—with whom we have a jazz recording project in the pipeline—Sokratis Sinopoulos and the Chemirani brothers (new episode, “Beyond Thrace”).

PAN M 360: What have been the greatest artistic challenges of the pandemic period, and what comes next? Meetings? Recordings? By the way, I’m writing these questions while listening to Richard Strauss’ Don Quixote. Till Eulenspiegel by Richard Strauss. Great.

Jean-Guihen Queyras: I’m glad you like Don Quixote! What a chance to record this masterpiece with my dear Tabea Zimmermann and the extraordinary François-Xavier Roth! I took advantage of the pandemic to create a series of online workshops around the Bach Suites. I plan to continue it in the coming months, as I am more and more passionate about transmission.

PAN M 360: Your connection with Montreal continues to grow! What can you say about your musical and professional relationship with your Quebec colleague Stéphane Tétreault? What are the circumstances that led to this collaboration?

Jean-Guihen Queyras: I have admired Stéphane’s artistic career for many years now. In proposing that he join me, I wanted to add an additional intergenerational link on the one hand, and an emotional and quasi-familial one as well, given the emotional importance that my Quebec roots have for me.

PAN M 360: While we’re on the subject, what are your comments on the choice of the two works in which you will both be involved, as well as the desired approach in this context? Barriere’s Sonata for Two Cellos in G Major, Op. 4 No. 4, and Offenbach’s Duo for Two Cellos in B Flat Major, Op. 53 No. 1.

Jean-Guihen Queyras: Two works full of freshness and joy that the cellists have to play together, sharing being the very purpose of music!

PAN M 360: What does the experience of an additional performance of the same program represent? An opportunity for renewal? A different reading? Better understanding of the work?

Jean-Guihen Queyras: Each additional concert allows us to deepen the link with a work, let us benefit from it!

PAN M 360: After the Montreal stopover, what are your next projects?