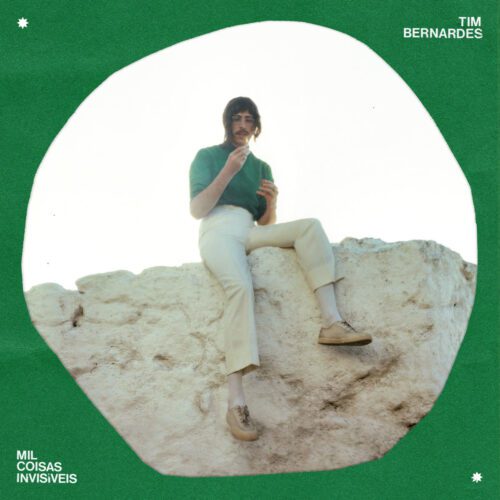 Brazil holds a special place in the world’s musical geography. The result of a complicated history of settlement and displacement, the music of Brazil has long been a rich archive of rhythms, genres, and forms born of African, Amerindian, and European exchanges. While Bossa Nova is perhaps the most well-known of Brazil’s musical exports, the category of MPB or Música popular brasileira deserves special attention. Not so much a genre as much as it was a constellation of artists whose songwriting infused Brazilian music styles with influences from the US and UK pop scene, MPB has seen some of the finest output in recorded music. It would be worth your while to listen to exponents of the genre, such as Milton Nascimento, Jorge Ben Jor and Arthur Verocai.

Tim Bernardes, a São Paulo native, is an artist writing music in this lineage of Brazilian singer-songwriters, and his sophomore effort, Mil coisas invisíveis, is a strong showcase for his personable and compelling songwriting.

Let me begin by saying that this is a superb-sounding album, it has the warmth of 60’s and 70’s folk music but sounds definitively modern in the definition and clarity of sound. Bernardes’ voice is by equal measure a pleasure to listen to; it is light yet dense and displays effortless command in its agility.

The album has a real laid-back vibe to it with the primary texture being voice and guitar. The opening number, “Nascer, Viver, Morrer”, sets the tone here; a soft and pensive song about living and dying that Bernardes sings with the coolness of a poet. Throughout the record Bernardes’ songwriting is inviting, intimate and emotionally resonant, naturally lending itself to the lush orchestration and string arrangements that Bernardes has himself masterfully rendered. The record shines when all the elements come together to create truly outstanding climaxes and endings.

Bernardes has recorded most of the parts himself, and his ability as an instrumentalist, arranger and producer is made apparent throughout this record. His previous work includes collaborations with MPB icon Gal Costa, and renowned indie-folk band Fleet Foxes and it becomes evident in listening to  Mil coisas invisíveis that Bernardes feels at home in both of these musical worlds.  Mil coisas invisíveis is thus sort of an ‘indie’ MPB album that betrays strong contemporary chamber-pop influences all the while paying homage to Bernardes’ musical ancestry. It is a rewarding listen and feels somehow both timeless and of its time, a rare feat.

The more I listen to Mil coisas invisíveis the better it feels, yet if there is anything holding it from being a truly great record, it is perhaps its length. At 59 minutes there is a lot to digest here and had Bernardes chosen to trim off the fat, so to speak, the result would have been something a little stronger and more definitive.