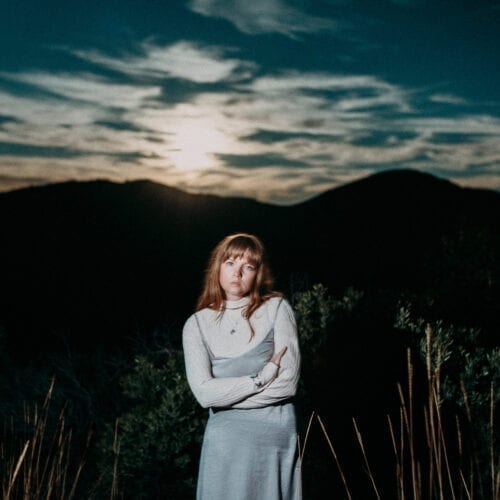 It’s been spinning for a few billion years already, this old rock, while loves are made and unmade. Lucky for the musicians because, to put it bluntly, the absence of break-ups would deprive many creators of their cash cow. Fortunate for fans too, because break-up albums abound and are often very successful. Consider Louis-Jean Cormier and Les grandes artères, Dominique A and Remué, Björk and Vulnicura, or The Chicks and Gaslighter, recently reviewed here.

Now it’s the turn of Courtney Marie Andrews, just shy of 30, to engrave her name on the great oak tree of broken hearts. Arizona-born, now installed in Nashville, Ms. Andrews was a side musician to the emo princes Jimmy Eat World and the extremely prolific Damien Jurado, before successfully getting her own thing going. Barely a decade later, Courtney Marie has already built up an impressive body of work that includes the remarkable May Your Kindness Remain, released in 2018.

Sobriety and delicacy reign over Old Flowers. Courtney Marie Andrews accompanies herself on guitar and piano, in a reduced formation with James Krivchenia and Matthew Davidson, respectively the drummer in Big Thief and the multi-instrumentalist calling himself Twain. Listening to Old Flowers is like watching Bertrand Tavernier’s A Sunday in the Country; everything’s quiet, nothing seems to move, but stuff happens. “But deep down you know / that no one can replace you,” she sings on “Burlap String”, which opens the album. Lucid, incisive, disenchanted, and hopefully liberating words for the young creator.

A rhythmic irruption occurs in the middle of the album, on the title track. Calm returns with “Break the Spell”, then “It Must Be Someone Else’s Fault” marks a last jolt in tempo. Then, we move gently to “Ships in the Night”, a compassionate conclusion where Andrews sings, “I hope you drink less / that you laugh and you love”. Andrews draws her inspiration from Mother Mitchell, as do hundreds of other folkies. She is a worthy heiress, and there aren’t that many.