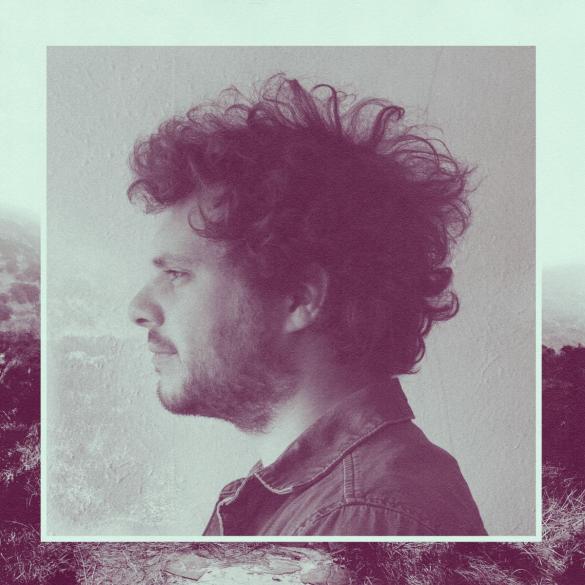 When you look at the list of contributors to the six pieces that make up the microalbum Le plus heureux des hommes, you think, “Yeah, there’s got to be something solid in there.”

And in fact, Benoit Pinette, aka Tire le coyote, Pierre-Hervé Goulet, the new darling of Nicolas Gémus’ songs, as well as Andréanne A. Malette, are the ones who take care of the lyrical side of things. Casabon’s new album is a clear sign of his desire to drop the playful, good-natured aspect of his previous releases and adopt a sad smile of sorts.

On the musical side, the happiest man in Quebec City has joined forces with guitarists Ben Shampouing (Tire le coyote) and Cédric Martel.

Although the intimate folk-rock-dream-pop maxi opens with the energetic “Débouler le vallon”, a convincing text punctuated with arabic and trad touches, we’re still left a bit hungry with a 30-second piece like “La Patinoire”, and bob our heads to the rhythm of “Sur un 4 temps”.

The whole thing ends in a very relevant way, with the titular tune.

Casabon is part of the Kebek City movement that has been making a name for itself in recent years (Hubert Lenoir, Les Louanges, Tire le coyote, Safia Nolin, etc.). Casabon recorded his album in a hair salon in the Saint-Sauveur neighbourhood, in the now mythical Pantoum music-production complex – and in a sugar shack!

Conclusion? The guy has his place in the major leagues. He’s solid at the corners and doesn’t shy away from effort, but he’ll have to play with finesse, refocus his artistic direction a bit and show a certain oomph to win the Conn-Smythe trophy.