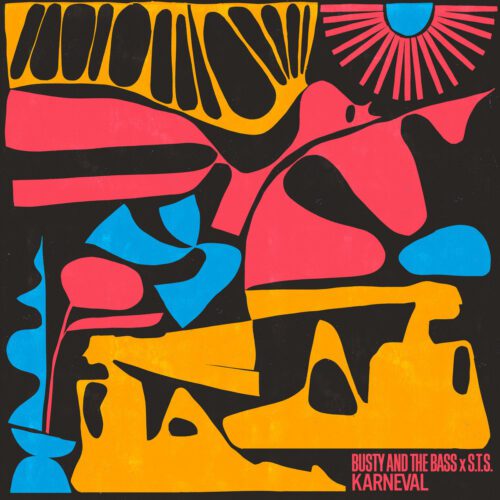 Karneval, the second EP by the Montreal-based collective Busty and the Bass, marks their first release since the band announced the departure of founding member, Nick Ferraro, in March. In Ferarro’s absence, the band has found worthy companions in rapper S.T.S. and vocalist Jordan Brown and together they present a compelling set of music that is equal parts neo-soul, jazz fusion, and hip-hop.

Although it is only an EP, with a modest runtime of around 20 minutes, Karneval still has a definitive vibe to it. The underlying aesthetic seems to be that of a late night at a carnival, with nostalgia-drenched songs such as “Merry go Round”, “My Parade”, and “Memories About You” making a particular impression. Jordan Brown’s yearning vocals are perfectly suited to this atmosphere and S.T.S. raps with an ease and looseness that brings levity to the mix.

The band explores a certain moodiness on this record and this gives them an edge that shines especially on “Time Bomb (Devil’s Eyes).”  For a band that knows the formula for a hit song, it is nice to hear these subtle shades of gritty experimentation in their music and the band would do well to continue exploring in this direction whilst still retaining their pop sensibilities and signature eight-piece arrangements. Of all the songs present here, “Everything Comes in Waves,” which although a definite banger, thus feels out of touch with the rest of the ambiance. Still, Karneval is a promising sign for things to come and the band has produced a collection of songs that deserve a late summer night.