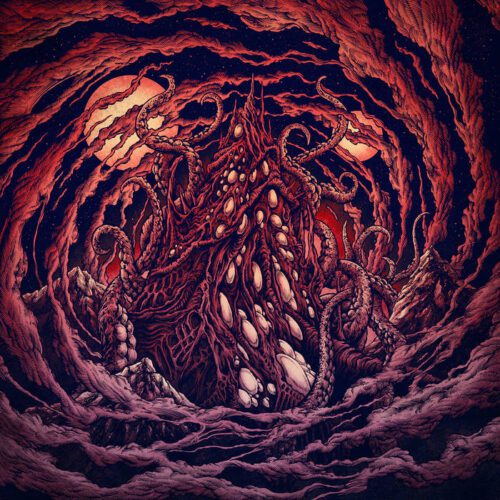 In metal and its various sub-genres, borrowings from the work of Howard Phillips Lovecraft are legion. So much so, in fact, that a list of bands that have not been inspired by the hermit of Providence would fit in a few lines. It should also be noted that several non-metal creators have drawn from the Lovecraftian canon over the decades, including the very recently deceased Vangelis, the prolific and eclectic John Zorn, the revered post-punks The Fall, the noisy Swans and the irreverent Wampas. At the end of May 2022, the black-metal innovators forming the French quartet Blut aus Nord offer us a collection entitled Disharmonium – Undreamable Abysses. Quebec music-lovers of 60 years or older should beware: this is not a collection of English-language covers of Serge Fiori’s famous hymns. ‘T is rather, as the second part of the album title says, a descent into the unspeakable.

The seven pieces, averaging six and a half minutes each, all fit the “Cyclopean” description. Guitarist, vocalist and bandleader Vindsval, bassist GhÖst, drummer Thorns, and keyboardist-percussionist W.D. Feld invoke “The Deep Ones”, stare Neptune (the planet, presumably, not the goofy Roman god) in the eye, take a walk in the woods that is no picnic, introduce us to an interdimensional witch… This escapade in the mind of the inventor of the Necronomicon has other discoveries in store for the music geek.

In fact, H. P. L.’s imagination is not about to fall into disuse, quite the contrary: 85 years after the death of this singular author, his theogony and stories continue to fascinate readers and to cross over massively to movies, video games and music. The four musicians of Blut aus Nord–who, intelligent and tasteful beings who have that they are, never succumbed to the typical excesses of black metal–judiciously make wonderful use of this literary legacy. Disharmonium – Undreamable Abysses works like a soundtrack to Lovecraft’s unnamable, with blast beats, reverb and flange effects, guttural and indefinable choirs, inextricable harmonies, booming bass and nightmarish horns. For more than a quarter of a century, Blut aus Nord has been enriching its black metal with industrial, noisy, ambient or psychedelic components. After fourteen albums, the band continues to push its research beyond the confines of the Outer Sounds.