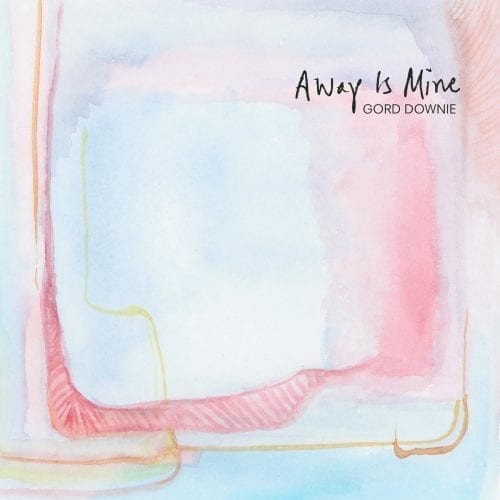 Throughout the 10 pieces on the posthumous album Away Is Mine, from “Hotel Worth” to “Untitled”, Gordon Downie formulates questions to himself, to intimate interlocutors, or to the universe, as he did from the mid-1980s onwards as a curious and benevolent lyricist, both with the Tragically Hip and solo. He took the liberty of philosophising on occasion, but his lyrical work is based above all on the need to understand and the desire to empathize. Again using strong metaphors, as in “River Don’t Care”, Downie poeticized the cosmos to which he was returning for one last time with his eloquent and ambiguous pen.

The genesis of Away Is Mine is rooted in Downie’s friendship with Josh Finlayson, guitarist with Toronto roots-rock band The Skydiggers and Downie’s collaborator since his first solo album, Coke Machine Glow, in 2001. In April 2017, after the mini-tour of the Secret Path album, Finlayson wanted to keep Gord busy so that he wouldn’t languish in anticipation of the “great inevitability”. He began offering him music in open C-major chords, while Downie replied to him with ideas for lyrics and melodies.

Within a week, the duo produced 10 demos that could have been released as is. But Downie wanted to turn them into “real” songs, and in July 2017, the two friends went into Bathouse Studio, facing Lake Ontario, between Kingston and Prince Edward County. With the help of sound engineer Nyles Spencer, Gord and Josh recorded all ten songs in electric versions. Spencer added rhythmic loops and synths. Travis Good, a member of the remarkable Sadies, would later sprinkle them with violin, mandolin, and guitar chords. Drum tracks from Dave Koster and Gord’s son Lou Downie were also incorporated into the mix. Nyles Spencer later remixed all the tracks into acoustic versions that also appear on the album.

While Away Is Mine is a captivating, moving, and coherent collection, the ultimate manifestation of the creative zeal of a poet-musician suffering from incurable cancer, it is above all a testament to the monumental talent of Gordon Edgar Downie, who died on 17 October, 2017, at the age of 53.