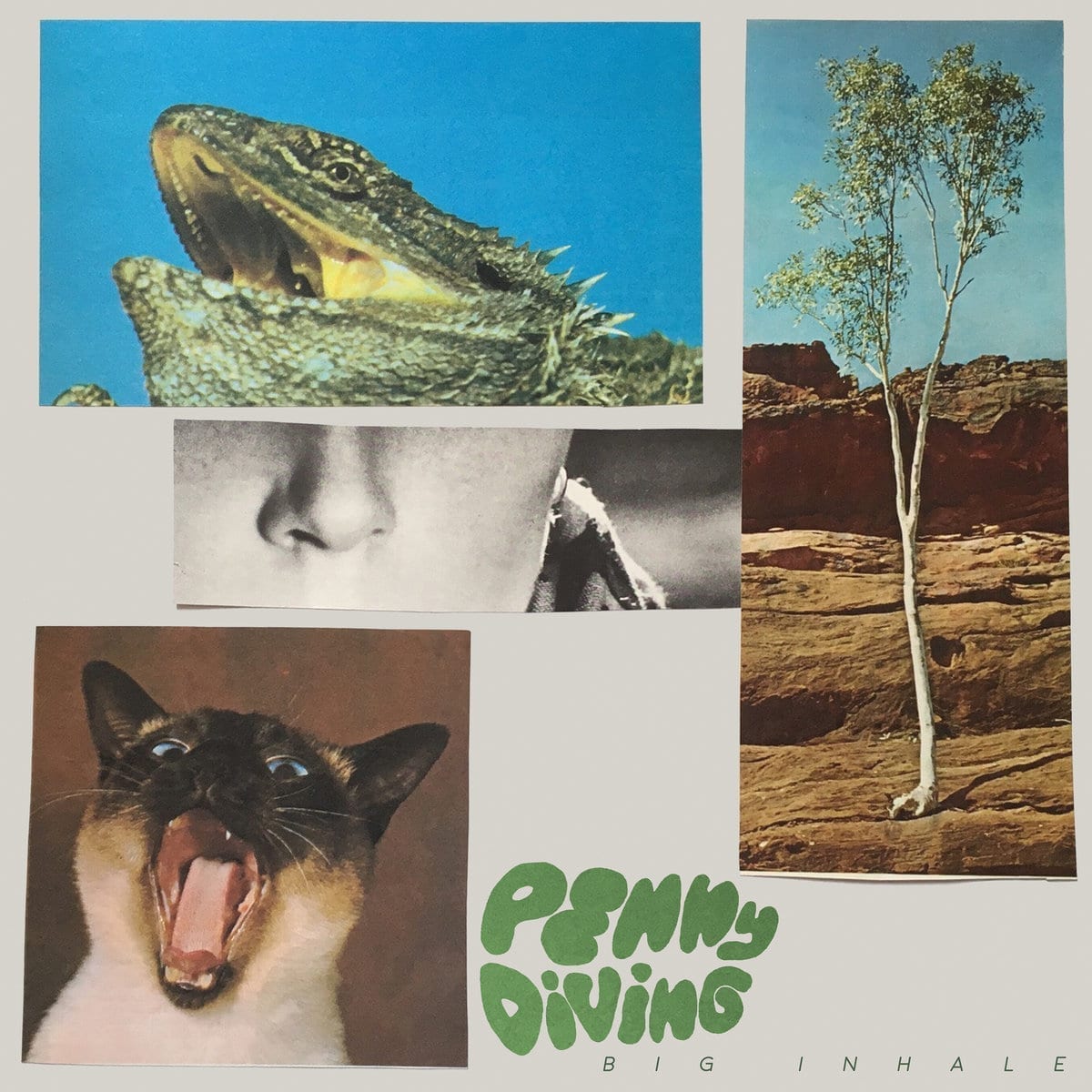 Born out of the desire to shift away from the surf-rock of The Muscadettes and get closer to their different musical tastes, Penny Diving, the new outlet for sisters Chantal and Kathleen Ambridge, leads elsewhere in their list of influences. Accompanied by Thomas Augustin (Malajube) on this fresh adventure, the two musicians deliver an album combining dream-pop, rock and shoegaze… a delectable stylistic crossover. The trio hits the nail on the head when they describe the charming, ineffable sounds of Big Inhale, the Montreal band’s first opus, as “basic dream-pop”.

From the very first notes of “Can You Feel It”, both the construction of the song and the timbre of the guitar, recall the irresistible melodies of Solids. With this promising entrance, the game is afoot and, little by little, the elements come into place – the howling guitar, the rhythmic percussions, the heavy bass and then the ethereal voice. Throughout the nine tracks, this magnificent combination sometimes gives way to vaporous moments of floating, or to more sustained segments where the three members push with the same momentum, creating a very sympathetic wall of sound.

Big Inhale presents itself as a monolith with its own homogeneous identity, a refreshing sound to which Penny Diving will hopefully remain faithful, one which could open wide the doors of the famous Bang Bang Bar in Twin Peaks.