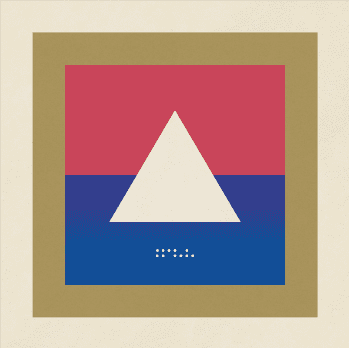 How does one rediscover an album put on endless repeats and believed to be known in its utmost detail? By listening to its excellent remixed version. Generally, remixed pieces trigger new emotions, sometimes even new impulsions. In the case of Weather Remixes, most of the pieces make us want to dance – gently or fiercely – because of their steady rhythm combined to a dreamy or festive atmosphere.

Here’s an overview of a few of the songs: Pink & Blue is remixed by Portland musician, DJ and producer RAC, known for his many remixes. His version evokes a state of attained freedom as a very catchy synth line makes our joy level go up a notch. He also makes Saint Sinner’s ethereal voice shine because of percussive elements which accompany her voice without smothering it. Then, the dark piece Japan becomes sensual and dreamlike, lifted by an abundance of rhythmic sources and sound textures. This version is remixed by German producer Satin Jackets who uses this alias when taking on disco-inspired projects. We isolate ourselves for a moment to listen to the piece Into the Woods, where a lively forest becomes multidimensional on Christopher Willits’s version. Willits is a guitarist and ambient immersive music composer living in San Francisco. Enchanting melodies show us the way then dissolve, leaving us on our own to contemplate a succession of rhythmic shifts and interruptions which reminds us of Boards of Canada. The piece ends on a sonic wave reminiscent of the nightfall and the sound of cicadas. We head back to the dance floor for the piece For How Long remixed by Australian musician and producer Harvey Sutherland, who is fond of funk, electronic soul music and left field disco. This sensual and luminous piece goes through a major makeover as its tempo is accelerated and its bass grooves, keys and hand claps transform it into a disco piece with hints of funk. We end the overview of the album with the piece No Stress remixed by producer and designer Com Truise, who lives in Los Angeles and is obsessed with synths and sci-fi. While the original piece is ethereal and downtempo, its remixed version brings us back to the ’80 with its irresistibly gloomy synths and robotic grooves.
Convinced? Now it’s your turn to discover it in its entirety.