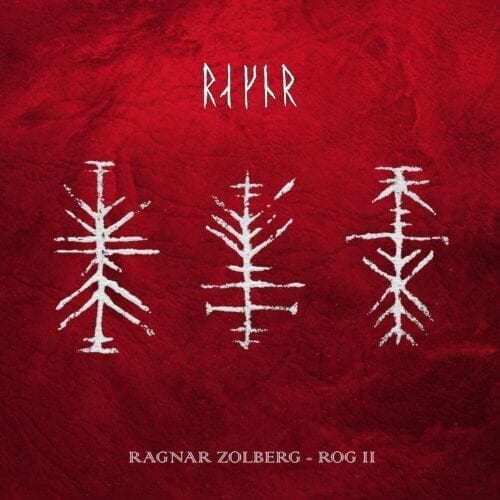 In this world, there are voices so pure that listening to them, one feel physically cleansed as though by the quintessence of the soaps of the world. These streams release the dirt that we didn’t even know we carried, their fragrances contributing to the internal balance. Ragnar Zolberg, real name Ragnar Sólberg Rafnsson, a force of nature and a free electron from Iceland, has a voice like this.

Following from the explosive and tribal Sonr Ravns, Rog II seems more settled. Zolberg’s war cries give way to introspective pieces favouring piano and guitar, without any percussion. Creating these songs was his therapy for anxiety and depression, and his willingness to look his demons straight in the eye is to be commended. It is a dark, melancholic album, where an elaborate frost of sadness blooms magnificently.

“I Carry On” is so heavy and black that it seems like Zolberg dipped his hands in molasses and coated us with it. “The Other Side of the Floor” hangs us by our feet, recounting memories of unhealthy drunkenness. We are treated to a piece in Icelandic, “Að Ljósinu”, a gem from another world that grips our hardened hearts, reminiscent of Nightwish’s “Kuolema tekee taiteilijan”. Much stroking and crackling add to the atmosphere, sometimes hushed, sometimes stifling. For if this album is the testimony of a being who removes the thorns in his side one by one, one also contemplates a state of mind where order and neatness reign from now on. A rebirth.

Since music captures memories through its vibrations, when listening to this album in different seasons, we will remember the end of the year 2020, where hope is quietly deposited in the soul like a fine snow transcending any notion of chaos.