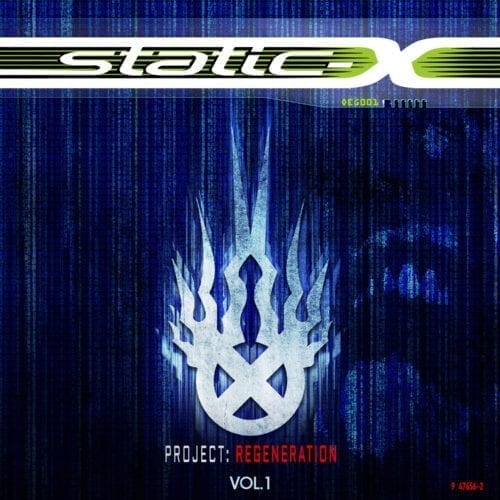 Bolts, scars, electricity… you’d almost think Wayne Static was still alive, with Project Regeneration from Static-X. This Frankenstein-like album is the band’s first in 11 years, and for good reason: the singer died in 2014, of an overdose. Following a tour in 2019 with the original surviving members (Tony Campos, Koichi Fukuda, and Ken Jay) to celebrate the 20th anniversary of Wisconsin Death Trip, the band found the remaining unreleased tapes. Wayne Static’s last recordings are here, taken from the demos of the Start a War period and assembled by his friends.

We feel like we’re facing a kind of scarecrow, carefully assembled, where not a single bit protrudes. The result is sterile, cold, clinical. Perhaps that’s what you’d expect when you’re trying to bring a dead man back to life… Despite an apparent coherence and many good tracks, including a ballad at the very end, one wonders what the real intentions behind this project are, as it sometimes borders on bad taste.

For instance, in the video for “Hollow”, from February, Wayne Static appears as an animated skeleton (still with his iconic long, spiky hair). Then, in the “All These Years” clip, Xer0, the band’s mysterious new frontman, hides behind a “zombified” Static mask. A macabre commemoration? Celebration of a musical legacy? Marketing strategy exploiting nostalgia? A strange way of mourning? There’s a fine line between good taste and vulgarity. If Wayne Static’s spectre is lurking around the music industry and this record, one wonders what he thinks about it…