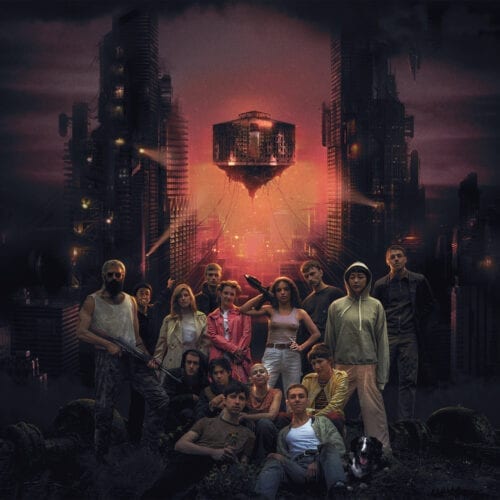 Despite its slim population, Canada has always done well in rock music over the years. The next sensation could very well be out of Vancouver, since the first album first the Crack Cloud collective is a colossal work. After two EPs in the last four years, the band comes back with a production that sweats raw experience, but also oozes ambition. Initially founded by drummer and singer Zach Choy, the band constantly mutates and now includes six other musicians, not to mention the panoply of occasional collaborators that place the total count in the double digits. Most of them come from social services related to addiction and mental-health problems. These heavy themes are obviously at the heart of the lyrics, but Crack Cloud injects a dose of positivity, and a little something that’s fundamentally unifying. It manages to bring the beauty out of chaos.

You only have to listen to the intro of “Post Truth (Birth of a Nation)” and its thunderous guitar riff to understand the extent of the adventure ahead. It’s quickly clear that the first moments of a track rarely allude to the final. Flirting fiercely and unpredictably between musical genres – which are obviously of no importance to them – the troupe has a ton of surprises in store. Eclectic structures transport us between post-punk, jazz, hip-hop and even experimental pop with the help of larger-than-life choruses and epic choirs. Don’t be surprised to find all this in one track. The band even makes some particularly tasty detours into the punk world of the 1970s, reminiscent of the legendary Clash. This boundless creativity is also reflected in their fantastic music videos, each one more delectable than the last. A great way to dive into the dystopian universe of this extremely promising and completely confusing Canadian project.