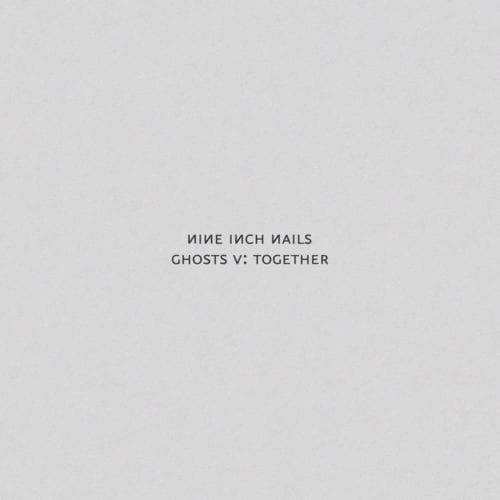 In the wake of #Stayhome and twelve years after Ghosts I-IV, Nine Inch Nails suggest an escape plan, offering us a free double album containing more than two and a half hours (!) of instrumental music. It’s not just a casual getaway, but a sound environment that reflects the events surrounding the pandemic. Trent Reznor and his long-time collaborator Atticus Ross, as if they were carrying the weight of the world on their shoulders, turn their focus directly onto the ineluctable series of alarming events unfolding around us.

But don’t forget to put on your suits, because we’re going out into space with Ghosts V-VI. We find ourselves in orbit around anxiety, with a plethora of cryptic, haunting, ambient and sometimes new-age pieces, and a few drone moments. Nothing extraordinary however, as the record sticks to the exploration of ethereal sounds and gloomy atmospheres created with the help of synthesizers, sometimes out-of-tune pianos, occasional guitars and haunting samples. The pieces carry anxiety-provoking frequencies – “Hope We Can Again” might just induce tinnitus.

NIN still have the ability to create a sense of imminent threat in the background, no matter how soft some of the pieces seem… like a giant, invisible enemy slowly approaching, hidden behind thick silk. The sadness is also obvious; Reznor’s big hands know how to get deep inside our brains to extract the hidden tears and irrigate the canals of our dry eyes.

In the second part, called Locusts, the walls close in on us even more, if such a thing is possible. Oppressive titles such as “Trust Fades”, “Your New Normal” or “Turn This Off Please” contribute to this. “The Cursed Clock”, with its incisive notes that twist the skull, is also a good example. Disturbing horns sow discord and take us into the heart of darkness on “Around Every Corner” and “The Worriment Waltz”. The album ends on “Almost Dawn”, with a heartbeat. Or… could it be the footsteps of a spectre that finally took flesh?