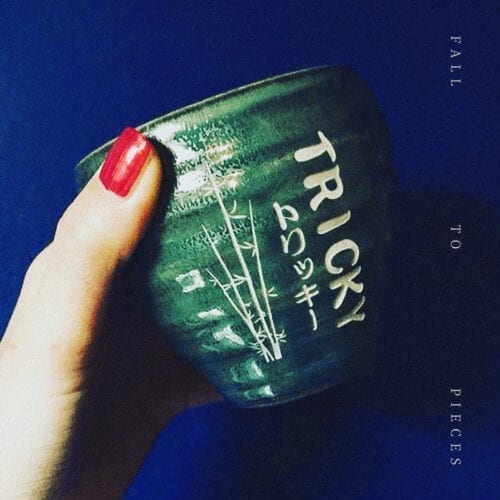 With a 15-year solo career that now eclipses his time with Massive Attack, Tricky presents Fall to Pieces, his 14th album, a follow-up to Ununiform from the fall of 2017. Despite the warmth and comfort of two guest singers on this otherwise dark, claustrophobic album, the limitations of this sonic journey are acceptable, but with a little disappointment – at least initially. Tricky almost, but not quite, gets us where he wants us. But where, exactly? The songs are challenging and his attention to detail is noticeable; one would like to be immersed in and carried away by them.

But to do so, they would have to allow us to lose track of time. As the saying goes, time flies when you’re having fun… As soon as they’re done, the brevity of the pieces suddenly brings us back down to earth. One wonders, after each track – finished already? But why? One imagines a continuation, a development, which won’t materialize. It must be said that 2019 was a very difficult year for Tricky, one that saw the death of his daughter. His track “Hate This Pain” does not fit easily with the rest of the album, translating his mourning into music in the form of a blues duet accompanied by piano and cello.  Once the context is clear, this painful interlude becomes understandable, each song’s quick conclusion being effectively experienced as too hasty an interruption.

The 28-minute long album includes 11 pieces, nine of which feature Marta Zlakowska, a singer Tricky met by chance while on tour in Poland, and two with Danish singer and composer Nanna Øland Fabricius, known as Oh Land. One appreciates Marta’s agile yet simple voice, which at times brings a note of sensuality, as in the melodic and languorous “Fall Please”, or the R&B number “Chills Me to the Bone”; but her voice also evokes a certain fragility, as on “Close Now”. In contrast, Oh Land’s voice on “Running Off” is reminiscent of other sporadic trip-hop collaborators Elizabeth Fraser and Alison Goldfrapp. These guests certainly invite repeat listens. All in all, the melodies are strong even if they are short. And finally, given the context, it’s forgivable. More and more, with each listen, one can appreciate what he wanted, and was able, to share.