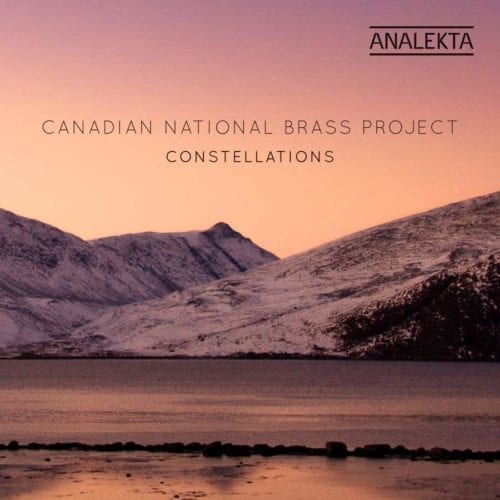 Founded in 2015 by James Sommerville and Sasha Johnson, respectively principal horn player of the Boston Symphony Orchestra and principal tuba player of the National Ballet of Canada Orchestra, the Canadian National Brass Project brings together some 15 brass-players and percussionists from orchestras across Canada and the United States. On its second album, it presents a repertoire ranging from the Renaissance to the contemporary, in which the brass arrangements are as good as the original orchestrations. The programme is initially elegiac and solemn, with “Elsa’s Procession to the Cathedral”, taken from Wagner’s Lohengrin, magnified by the ceremonial brass arrangements, and followed by meditative choral works by Gabrieli and Gjeilo. In the second part of the album, the performers become more dazzling and show all the richness and dynamics of their ensemble with the complex Sensemayá, Tchaikovsky’s triumphant 1812 Overture, and two movements (Mars and Jupiter) from Holst’s orchestral suite The Planets, whose already highly cinematic aesthetic is enhanced by it.