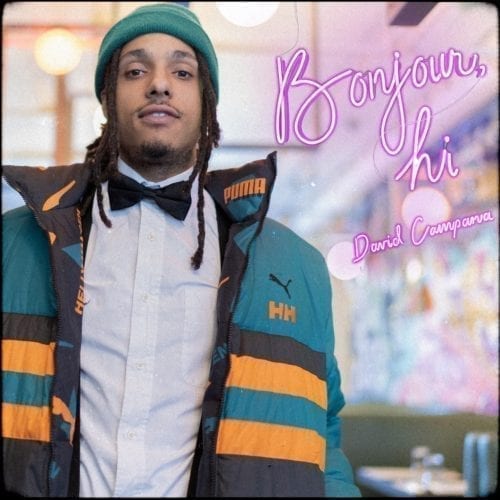 You don’t have to invest a lot of time considering the music of Montreal rapper David Campana to know that it’s sure to get a lot of attention and a lot of ink. For once, a Quebec artist is not afraid to appropriate the standards of international pop culture and reshape them in his own image. You’ll understand that this comes with a few clichés of the genre, like a saturation of effects on the voice, for example. In fact, he laughs at his own excesses on “Agrikol”. On this ambitious second mixtape, Campana reveals several facets of his personality over the course of 15 tracks, most of them successful despite a slight impression of redundancy here and there. The themes covered are varied without reinventing the wheel, however, the songs deal mainly with love, soft drugs, and perseverance. He elicits smiles on several occasions by integrating a dose of humour into his autobiographical lyrics, and by making borderline indecent comments on the excellent “Trafic”, which will no doubt keep him off the radio waves.

A honeyed tone and unique flow are certainly Campana’s main strengths, although the franglais he uses could benefit from better diction or slower flow, to make it easier to grasp. However, subsequent listens change that tune and reveal a certain charm at the end of the many sentences where he swallows his words a little. The beatmaking done in collaboration with the Novengitum collective is just like the record as a whole, punctuated with ups and downs. On the other hand, the three vocal incursions by Franky Fade, dope.gng and Obia le Chef are great successes, among the most catchy of compositions. One thing’s for sure, Bonjour, Hi understands everything it takes to get attention and is likely to end up on a good number of playlists and year-end charts. It will be interesting to see how his music evolves over time, as Campana may have a hard time convincing fans of the genre if he keeps such an accessible approach. This may not be his ultimate goal, but several big names in Quebec hip hop have achieved it by finding a better mix, something he’s already doing, especially in the choruses, which are sometimes more digestible than others on the album.