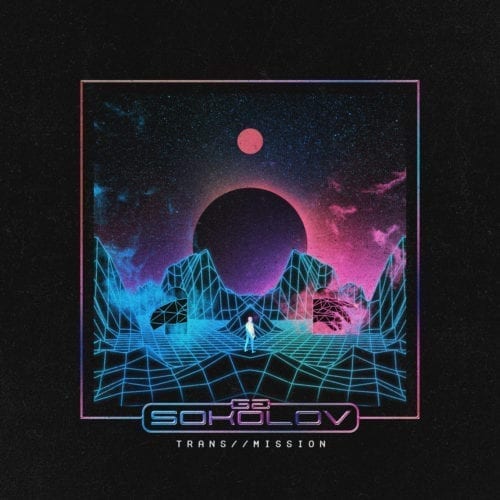 Game Genie Sokolov is a name that hardly goes unnoticed. It merges that of a cheat cartridge for old video-game consoles, and the title of Serge Gainsbourg’s only novel. The unlikely union of these two diametrically opposed elements is a very good indication of the content of their second album, Trans // Mission. Behind the conscientiously pink and blue cover hides a panoply of unexpected influences that allow the artist to take a huge step forward in the definition of their sound, and to shed a bit more of the chiptune label that has stuck to them since their debut.

The sound and visual aesthetics are obviously still very nerd and will delight nostalgic Sega Genesis fans. Rather, it’s the bifurcations in hip hop territory, with the vocal contributions of Jules G. and Vadell Gabriel, that pleasantly startle. The first single “Fille / Garçon”, which features a sublime text by Laurence Giroux-Do (Le Couleur) on an almost EBM-like melody, had already turned heads before the release of the record. Exploring the theme of the ambiguity of genres and identity, this collaboration is all the more refreshing. The ’80s funk sensibility that emanates from the album gives it a haunting and tasteful eroticism. Through guitar solos, languorous saxophone impulses and sensual vocals, Game Genie Sokolov manages to lay the foundations of something solid that finally seems to adequately represent their personality. Of course, Trans // Mission is retro at heart, but it stands out by dealing with current and highly important themes.