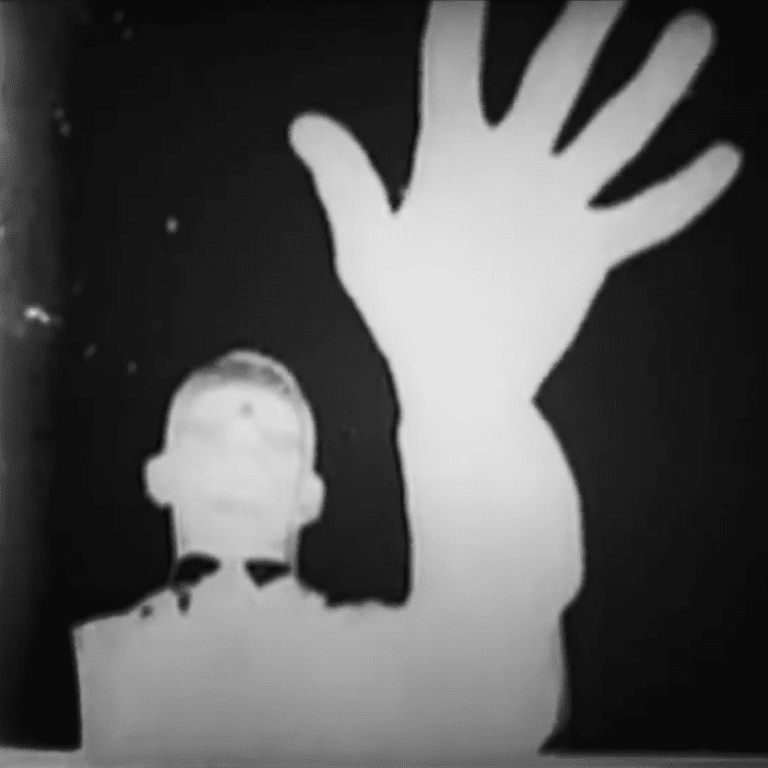 “DADA always reappears, in one way or another, whenever too much stupidity accumulates,” wrote the artist Kurt Schwitters in 1924 about Dadaism, an international and committed artistic movement born during the conflicts of the First World War. A century later, Trees Speak plays with coincidence and brings back to life the Ghost before breakfast (Vormittagsspuk), a short movie made in 1928 by the German painter, sculptor, and filmmaker Hans Richter and censored by the Nazi regime at the end of the 1930s as “Entartete Kunst”, i.e. degenerate art. Inspired by the avant-garde music of composers John Cage and Karlheinz Stockhausen, the disturbing, upside-down atmosphere of the title Zeitgeber suggests the idea of an out-of-control internal clock and foresees the frantic rhythm of environmental changes to come, in the face of the absurdity of a world in the process of self-destruction, where strange machines, whose mechanisms we do not fully understand, are damaging bodies and consciousnesses. It is easy to understand that modern man has become an unstable robot by the technological innovations he himself has created, like a broken combination of pieces that fail to work together, as a chimerical creature between the mechanical world and the natural world. In the face of machines of mass destruction, this joyful Dadaist chaos, both strange and mysterious, proves that even everyday objects could well revolt against the control of the established order. Hasn’t Tristan Tzara warned us: “I destroy the drawers of the brain, and those of the social organization – Beware of DADA”?