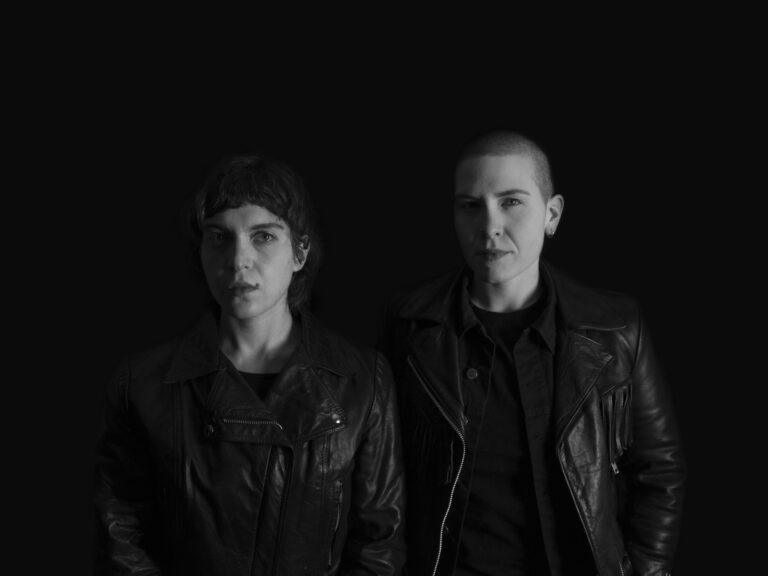 After hearing old hometown ghost stories and darkened folklore from their Nonna, Canadian-Italian sisters, Emmalia and Sarafina Bortolon-Vettor, have released a track called “Teeth,” a song that recalls the sonic sounds of Siouxsie and the Banshees, My Bloody Valentine, and Lush. The two sisters make up Bonnie Trash, a new drone rock/shoegaze project signed to Toronto’s indie label, Hand Drawn Dracula.

The track begins with reverb-soaked arpeggios as drummer/lyricist Sarafina commands the atmosphere with her prophetic voice. The guitar work from Emmalia is also superb, especially the looped, harmonic solo that twists and mutates, near the track’s conclusion.

“Teeth” is accompanied by a video directed by Sarafina. The video has both sisters playing out the song in the empty Apollo Cinema in Kitchener, ON as various black and white static images corrupt the screen.

“Teeth” bridges generations of being haunted – we see ourselves watching our work without understanding that we too have conjured the curse. A malocchio [evil eye] follows.”

Bonnie Trash is looking at releasing their debut LP sometime this fall. It’s safe to say we’re on our heels in anticipation.