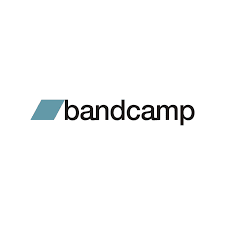 On March 2nd, news broke that California-based Bandcamp, which runs the ultimate online sales and listening platform for global independent production, was being absorbed by Epic Games, a North Carolina-based company that has seen exponential profitability in recent years, particularly with its online game Fortnite.

Yet Epic Games reportedly still believes in the need for creators to have “fair and open” platforms and allow them “to keep the majority of their hard-earned money.”

Founded in 2008, the Bandcamp platform had supplanted MySpace as the site to discover and consume the world’s independent production. The business model was established by the formula of prices set by the artists themselves, and by taking a 15% commission on album sales, which is much more advantageous for the artists than what the web giants offer, i.e. commissions that can go up to 95% of the revenues, in the worst cases. Bandcamp thus became profitable in 2012. According to the company (not very worn on public statistics), 5 million albums were purchased on Bandcamp in 2019. This is an example of this success but also of its limits, because the revenue from streaming is non-existent, and therefore the main mode of consumption of music makes nothing via Bandcamp. What will happen from now on? We’ll talk about it in a few months or years.

It’s 2022 and Bandcamp is definitely the most powerful and fair alternative to the web giants and their infinite content platforms: Spotify, Apple Music, Amazon Music, YouTube Music, Deezer…

Gamers have probably been aware of this for a long time, but music fans are learning that the video game community also has its Bandcamp. Since 1991, Epic Games has been charging a 12% commission to creators, while Apple would charge 30%. The success of a Bandcamp cousin model is bound to be economically more formidable, since the video game industry is much more profitable than the music industry. And that’s why Epic Games has gotten considerably richer after launching its famous Fortnite and other free-to-play games; there’s talk of a meteoric rise in the markets. The company is now worth US$ 28 billion… which is not exactly a marginal phenomenon anymore! It’s worth noting that the company is 40% owned by the Chinese gaming multinational Tencent. Extremely rich, Epic Games can count on a community of 160 million users.

According to the official version, the advantage of Epic Games’ acquisition of Bandcamp lies in its ability to implement cutting-edge technologies, much more powerful than those currently used by Bandcamp, in order to maximize referencing and user consumption patterns. What’s more, the company’s strong interest in the metaverse, which is the deployment of a vast 3D universe based on a web of interconnected spaces, requires investments that Bandcamp could not assume.

Needless to say, the usual logic of the market generally leads successful companies to go public in the best case, or to be absorbed by more powerful companies. A basic principle of capitalism…

By posing as managers of the vast community of independent music, these companies position themselves intelligently in front of the Web giants whose propensity for non-sharing of revenues is now archaic. In the case of these online companies, however, this perception of community is misleading. Even if they offer services to creators with a better return on investment (from download sales and not from streaming), Bandcamp and Epic Games remain for-profit companies, certainly innovative but purely capitalist. Their founders had noble intentions at the beginning, but their ultimate goal was to make their businesses profitable.

Should we expect this revenue-sharing mentality to continue in the long term?

We’ll have to rely on that, for lack of global alternatives… since no one in the creative world devotes the energy necessary to organize distribution networks that can reach such a scale and distribute the revenues equitably. Imagine if Epic Games’ US$ 28 billion belonged to the artists who are the raw material of this phenomenal profitability, we could then talk about a real community that could eventually compete with the Web giants.

One can dream… but the reality is quite different.

Once again, the acquisition of Bandcamp by Epic Games is a cruel reminder that the creative world does not have this culture of self-organization. Most of the time, artists focus on their works, ensure their survival and don’t think about these considerations, with the distressing results we know: disposable products after use, meager incomes, short-lived careers, abandonment of the profession…

Los Angeles Times: Bandcamp’s Attempt to Take on Spotify, by the Numbers

The Guardian: Bandcamp sells to Epic: can a video game company save independent music?

Pitchfork: What Bandcamp’s Acquisition by Epic Games Means for Music Fans and Artists