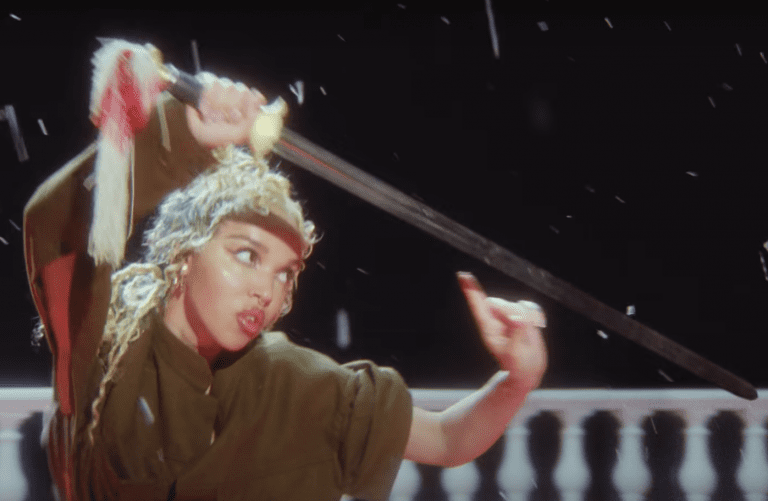 If Agent 007 were a female samurai, he would probably look like FKA Twigs in this clip. Director Diana Kunst sumptuously put on video a single titled Measure of a Man. We should hear this song in the soundtrack of The King’s Man, the third installment of the spy series Kingsman from Marvel Studios, starting December 22. Otherwise, we’re still waiting for the mixtape announced by FKA twigs in early 2021.