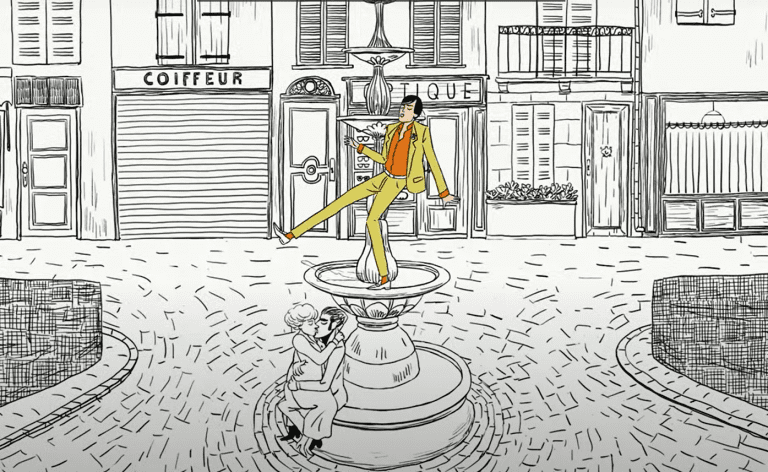 This cover of Christophe’s megahit by Jarvis Cocker is on the soundtrack of Wes Anderson’s new film, The French Dispatch. Anderson directed the clip, which serves as the film’s opening credits. Jarvis Cocker lends his voice to the character of Ti-Top, played by Bruno Delbonnel. Cocker has just released Chansons d’Ennui Tip-Top, a companion album to The French Dispatch‘s soundtrack, with related covers (Dutronc, Ferrer, Gainsbourg, Hardy, Laforêt, Dalida and so on).