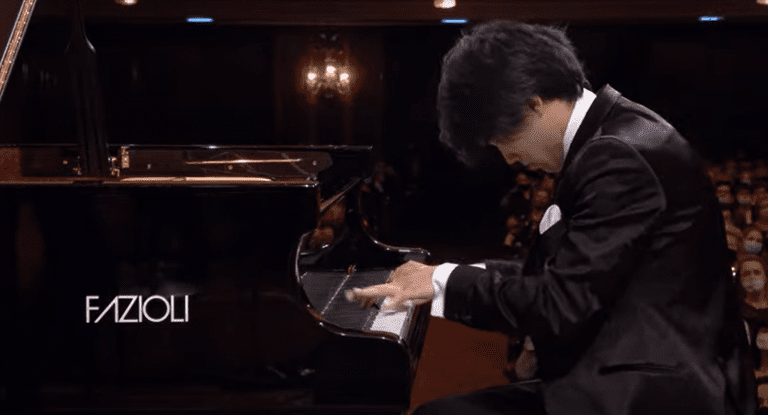 Montrealer Bruce Xiaoyu Liu has won first prize in the 2021 International Chopin Piano Competition. The 24-year-old pianist was born in Paris; he moved to Canada with his family at the age of six. Liu is a graduate of the Conservatoire de Montréal, where he studied under Richard Raymond. He had already won the Concours OSM in 2012 and the Prix d’Europe in 2015. The Chopin Piano Competition was created in 1927 and is held every five years. In 2015 Charles Richard-Hamelin, another Conservatoire de Montréal graduate, had won the second prize. Watch and–more importantly–listen to Bruce Xiaoyu Liu perform Chopin’s Piano Concerto No. 1 in E minor with the Warsaw Philharmonic Orchestra, during the competition final.