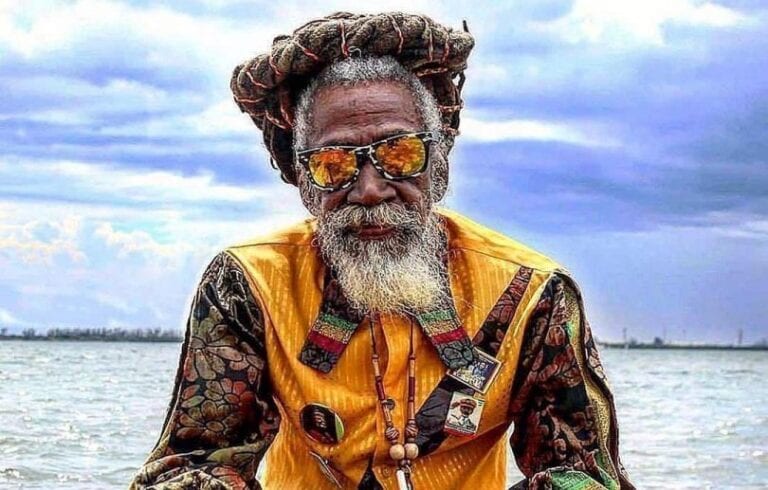 Reggae legend Bunny Wailer died this morning at the Medical Associates Hospital in Kingston, Jamaica, at the age of 73. He had been in and out of hospital since having a stroke in July 2020. Born Neville O’Riley Livingston, Bunny was the last surviving founding member of The Wailers. The trio would disintegrate in 1973 as Bob Marley became a global icon before his death from cancer in 1981, and Peter Tosh would become a martyr after he was murdered in his home during a robbery in 1987. When I interviewed Bunny at length in 2010, HOUR mag slugged the cover story “The Forgotten Wailer” (to preview Bunny’s show at the Montreal International Reggae Festival).

But sometimes Bunny could be his own worst enemy…

For that cover story, the world’s foremost Marley and Wailers historian, my friend Roger Steffens, told me, “Leroy Jodie Pierson and I spent the decade of the 90s working tirelessly on Bunny Wailer’s autobiography, Old Fire Sticks. We began with 64 hours of interviews over a three-week period, locked in a Kingston hotel room with him and various colleagues from different periods of the Wailers’ history. There are more than 1,800 pages of transcripts, detailing almost day-by-day Bunny’s life, from the time he was 8, with Bob Marley. Virtually all the questions fans have about the Wailers’ history are answered in Bunny’s often bitter memoir. He never formally told Leroy and me that he had abandoned the project, reportedly under pressure from the Marley clan, and we had to learn this sad news from his bandleader back in 2001. I consider his failure to share his side of the story a crime against history.”

Festival International de Jazz de Montréal co-founder André Ménard was also burnt by Bunny who got a $10K advance for a 1998 festival concert no-show. So when the Montreal Reggae Festival booked Bunny in 2010, André told me, “We’re not taking any action against Wailer because we don’t want to give him an excuse not to come a second time. Bunny Wailer posed to me as a man of integrity and principle. I still think he is a great artist. But a man of integrity? Fuck it! I’m still waiting for his personal invitation to see him at the Reggae Festival. That will be the most expensive concert ticket I’ve ever paid for.”

In the end, Wailer was a no-show for that concert too.

Over the course of his legendary yet tumultuous career, Wailer won three Grammys and received Jamaica’s Order Of Merit in 2017. He is forever a reggae icon. While Bunny felt overshadowed by Bob and Peter, may the three childhood friends find some peace at long last