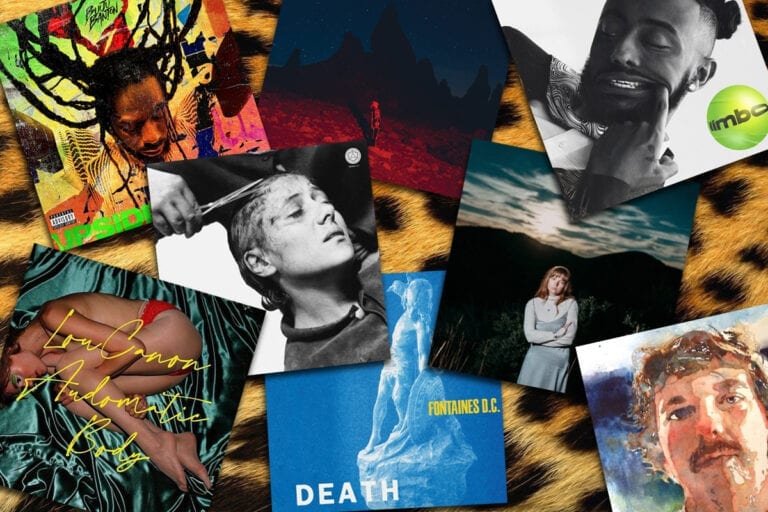 On this album, Biolay, a figurehead of sophisticated French pop, offered us one of the most beautiful songs of the year: “Comment est ta peine?” The whole is delectable and its so-called Deluxe re-release contains five unreleased tracks, including a tasty duet with Adé (“Parc fermé”) and a cover of “Tous les cris les S.O.S.”. For classy, nostalgic dancing. (Many tasty acoustic covers on his Facebook page.) – Claude André

A long-awaited album, even in an upside-down year, can only disappoint. After nine years of detention, the grand dread made a comeback with a scattered album, a catch-all, but which still offered three or four good extracts to mark the occasion. An event. – Richard Lafrance

Special Interest – The Passion Of

The heart of urban underground nightlife is roaring around the world in attempts to resist as best it can the widespread gentrification that now threatens New Orleans. Singer and director Alli Logout of Special Interest affirms her frustration with this constriction with wild and frantic industrial no-wave rhythms. As poignant and charismatic as the committed icon Nina Simone, as dark and anarcho-glam as the queen of Siam Lydia Lunch, and as furious as the hardcore punk pioneers of Bad Brains, she definitely has the guts to become one of the new resistance figures of today’s punk scene.  – Louise Jaunet

The second-album challenge is one of the most difficult for any artist who has risen sky-high in the wake of an honourable first effort. In this regard, Bridgers has surpassed herself with an album that is both mesmerizing and poignant, of a rare beauty. Between folk, rock, and emo, Punisher bears witness to an identity and sentimental crisis from which we emerge shaken, but above all dazzled. – Olivier Boisvert-Magnen

The ghost of Ornette Coleman has taken up residence in Cape Town, on the continent of his distant ancestors, who offer him their southern traditions. Drummer Asher Gamedze visits him, as do his colleagues. Saxophone, trumpet, double bass, and vocals occasionally join the leader in reviving South African jazz, not forgetting the legacy of the pioneers who also incorporated Zulu, Xhosa, and Shangaan songs into their bold, modern music. – Alain Brunet

Listening again to the pieces in this second volume, recorded at the same time as the first, Hassell was not satisfied and he reworked them. As a result, the layers in the background can be perceived even better “through the sound”, the elements in the foreground stand out more clearly and the textures are better defined, more varied and more abundant at the same time. – Michel Rondeau

Lou Canon beckons us to approach. With her delicate voice, she whispers to us of an intimate world against a background of landscapes and nocturnal pulses. Audomatic Body could be an invitation to a tête-à-tête if it weren’t for the multiplicity of voices that accompany it. Bewitching electronic indie pop that reveals the sensuality of hidden forces. – Isabelle Marceau

A lively little love bomb that arrived in the middle of the pandemic’s demanding days of isolation and distance, this is a four-song record the Japanese folk revisionists’ fruitful visit with Colombia’s keepers of the classic cumbia flame. The sense of closeness and camaraderie is palpable, and revitalizing. – Rupert Bottenberg

Let yourself be carried away by this excellent album, which combines arrangements of folk songs and Beethoven’s lieder. Antonio Pappano’s delicate and well-balanced (yet powerful) piano playing complements perfectly the voice of tenor Ian Bostridge, who shines with his sensitive interpretation. The contributions of violinist Vilde Frang and cellist Nicolas Altstaedt is also noteworthy, as they complement the team admirably for a few pieces. – Sarah-Ann Larouche

Beaver Sheppard is a hyper-prolific all-round artist who unveils here his most eclectic and diverse album. Downtown is a stunning record, where the Saint John’s native offers a sound canvas on which he skillfully mixes colours. Whether it’s the irresistible “No One Knows”, a synthwave song with ’80s tones that has everything to become a hit, the very pretty folk ballad “Full Moon”, the strange title track that opens the album or the groovy “Chameleon” that closes it, Downtown, marked by the creator’s amazing voice, isn’t lacking for earworms. – Patrick Baillargeon

While most of his mates are content to copy the latest trends in American trap, Shabb redefines himself completely with Life Is Short, a brilliant EP that shows the way forward for local rap. With a flow that’s both punchy and melodious, capable of leaping across eras, the Montreal rapper shows that one can respect tradition while proposing a bold and avant-garde project. A tour de force performed in the company of producers Danny Ill and Vnce.Carter. – Olivier Boisvert-Magnen

A heartbreaking break-up album by Courtney Marie Andrews. Formerly a musician-accompanist, dame Andrews has been working as a freelance musician for about 10 years and already has a large body of work. Inspired by Mother Mitchell, as are hundreds of other folkies, she’s a worthy heiress, and there aren’t that many of them.  – Luc Marchessault

Although it respects the post-punk DNA of the Dublin band, A Hero’s Death is much “quieter” than the previous production (the respected and biting Dogrel, released in 2019). Melodic, nostalgic, and a bit dark, this record is no more depressive or conformist than the first one. One thing’s for sure, A Hero’s Death confirms that this young quintet, which sometimes reminds the work of the American band Parquet Courts, is full of talent… and that it is capable of renewing itself. – Jean-François Cyr

Sex, Death & the Infinite Void detonates general propositions in the world of rock in 2020. Without betraying themselves, the English band Creeper – founded in 2014 – played it daring with their second album. The Southampton band offered an ambitious and frankly amazing record. Filled with a savoury macabre atmosphere, it’s delivered like a story. And it works quite well. Sex, Death & the Infinite Void is an epic and theatrical work that breathes passion for music, art and “sin”. The singer, Will Gould, has called it an apocalyptic romance. – Jean-François Cyr

The Italian composer demonstrates a keen understanding of the workings of hypnotic techno. The five tracks are stunning, the panoramic sound plays tricks on the mind. She can boast of competing with much more experienced peers. As proof, her latest affort, supported by DVS1 and Luke Slater, was released on Symbolism, the label of Englishman Ben Sims, one of the masters of the genre. – Elsa Fortant

An eagerly awaited opus, Flowers of Evil proves to be a veritable anthology of stories, large and small, to which one adheres without further ado, captivated by an undeniable sense of narrative. Ulver offers us an album of skillfully composed pieces, testifying to his extraordinary mastery as well as his tragic aura. – Geneviève Gendreau

This is one of the rap projects released in 2020 most easily consumed in a loop. There’s nothing really innovative about Limbo, it’s just a particularly well crafted hip-hop album. Aminé manages to mix influences from Kenya, trap, and old-school into a homogeneous whole, without any apparent flaws. – Félix Desjardins

The Meridian Brothers, led by the eccentric Eblis Álvarez, distil an experimental, spicy cumbia of all kinds of flavours. For this ninth album, Álvarez has taken a more electronic turn, using various drum machines, guitars, keyboards and software to which he adds assorted urban beats, synth grooves, and glitches mixed with different Colombian swear words and curses. With Cumbia Siglo XXI, the Meridian Brothers propel cumbia in a unique and playful way into the future. – Patrick Baillargeon

It seems that Tarrus Riley has never had a full album that lived up to its potential. Healing is getting closer to it, while at the same time moving away from the roots-reggae sound that made him famous. But the impressive dancehall-pop-flavoured “Lighter” with rising young performer Shenseea hasn’t been off the Jamaican airwaves since last June. A successful gamble. – Richard Lafrance

Led by the brilliant Robin Pecknold, Fleet Foxes remains the flagship of the folk revival in the U.S., a group of the calibre of the CSNY and The Byrds, with a broader and more contemporary musical approach. Three years after the dazzling Crack-up, the album Shore asserts the authority of the American band with a proposal that’s a little more sober, but deeply inspired by the choral and orchestral investigations of its central composer.  – Alain Brunet