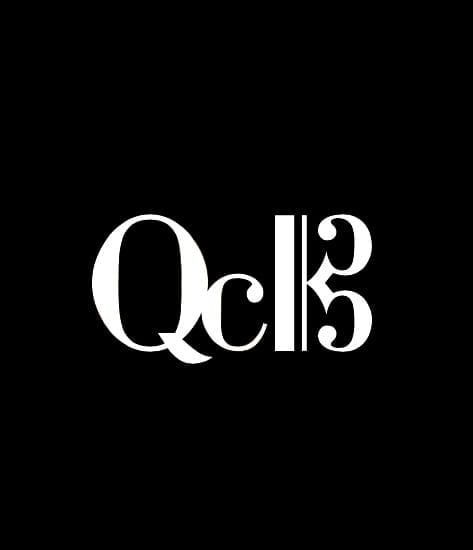 Bach counterattacks! Classical music organises resistance in the face of the crisis

Quebec’s classical music community is responding with strength and determination to the crisis in the performing arts: Québec Baroque, a new online concert distribution platform is born!

Paolo Corciulo: Québec Baroque is an online concert distribution platform for classical music (not just baroque). It’s an idea that had been in our heads for some time, and when the pandemic arrived, we concluded that it was time to make it happen.

PAN M 360: What’s the aim of this new platform – to introduce artists from here to the world or to introduce baroque, and classical music in general, to people here?

PC: The main objective is to offer local artists additional opportunities to showcase their talent. Of course, and at the same time, making music – whether baroque, classical, or romantic – better known to the public is a goal we want to achieve with the same passion!

PAN M 360: Setting up this type of infrastructure must not be easy, what’s the advantage of doing it?

PC: First of all, in these times of pandemic and restrictions on cultural outings, this platform gives us the opportunity to showcase the Bach Festival concerts that, in any case, should have been digitally recorded. If we’re going to do it, let’s do it in a way that sets us apart! There is also another advantage for the artists: with the concerts we’ll be putting online, they’ll have a very nice business card to submit when the time comes to be hired to give concerts elsewhere in the world. We have a list of decision-makers in the United States and Europe to whom we send access to our recordings. Considering the exceptional quality of our recordings, both visually and audibly (that’s the priority!), this will only serve our musicians well in the future.

PAN M 360: The pandemic is forcing everyone to adjust and online concerts have become a necessity, but this situation will not last forever. What relevance will this platform have in the post-COVID era? Won’t you risk hindering the return of the audience to the venues?

PC: That’s a question we’ve obviously asked ourselves. The conclusion is that it will not harm things, on the contrary. First of all, people will need to return to the halls and experience the concert experience for real, this sharing of an intimate moment between hundreds of people. Online broadcasting has not and will not replace the live concert, it’s a new option. What’s more, studies show that online offerings do not harm concert organizations and that they even give them more exposure. In short, we are confident.

Secondly, it is not yet clear how the return will take place, nor when exactly. Some seniors may be afraid to return to the concert hall, so they will be able to use the platform.

Third, Québec Baroque will give us the opportunity to broaden our audience. Right now, people are listening to us from elsewhere in Quebec or Canada (other than Montreal, I mean). Previously, most of them would not have come to the big city to listen to a concert downtown! That’s an interesting evolution in our audience development opportunities. And for Montrealers, geolocation remains an option if we feel that the platform is keeping them a little too much at home insteads of at concert halls.

Finally, Québec Baroque offers us new sponsorship opportunities. Some sponsors are not interested in supporting an event that will only bring together a maximum of 300 or 400 people. But on the web, there really isn’t a maximum. It opens doors that we didn’t know about before.

PAN M 360: Financially, what objectives do you have?

PC: We would like to break even, perhaps make some profit within a year. But we are well aware that this kind of product in classical music is not intended to raise money! Our real goals, as I said earlier, are elsewhere. It’s a bit like opening a new shop in town. We already have the flagship shop downtown. A branch in another neighbourhood probably won’t generate huge profits, but it will still give us more visibility, while at best realizing some financial benefits or, if not, a balanced budget. That’s what we’re considering.

PAN M 360: In terms of the business model, how do you operate? Who hires the technicians, rents the audio-visual equipment, etc.?

PC: There are different possibilities: the participating organizations can do it or we can do it. For example, the Clavecin en concert on the platform was offered to us on a turnkey basis. They hired the technicians, managed all the logistics, even provided us with the broadcast link. We take care of providing visibility. In other cases, we’ll organize all or part of it with the help of a recording company we do business with.

PAN M 360: Are you optimistic about the year 2021 and the next edition of the Bach festival?

PC: Yes, but realistically. For us, the 2021 edition is already planned in virtual mode. Because when exactly will this situation be resolved? It’s difficult to say. We usually announce our programme in April. But will it be available to everyone by then? What will be the restrictions in the interim period, and how long will they last? We can’t wait until the last minute to decide! Musicians must be booked in advance. So there you go, we don’t take any chances.

And then there’s something more worrying: the real crisis in cultural subsidies is coming, in 2021, and perhaps even later. Tourisme Québec and Montréal, which contribute to our financing, operate essentially with tourist taxes, paid by tourists. In 2020, we were able to count on those in 2019, which were excellent, but in 2021, it will be 2020 that will serve as a guide, and it’ll be zero! The governments are helping us at the moment and we have to thank them. But once the vaccine is offered, they’ll say, “Well, that’s it, that’s it”, while the repercussions of the crisis will only continue to hit us. And then, what will happen when the time comes to reduce the astronomical deficits and increased debt burdens of our countries? We must be ready and arm ourselves with courage and ingenuity for a long time to come, even if we must remain optimistic. People will want beauty, we will have to organize ourselves to offer it to them!

PAN M 360: Mr. Corciulo, it was a pleasure. We wish you the best of success with Québec Baroque, and also with the Montreal Bach Festival, which currently runs until December 6!