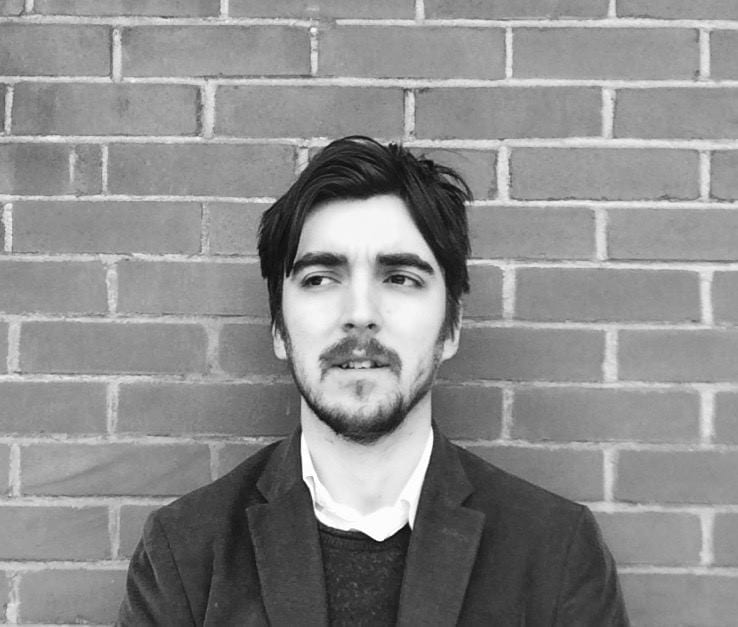 The Orchestre métropolitain’s first composition competition is devoted to four creators, yours to discover at PAN M 360. Today, we talk to Nicholas Ryan.

Make way for Nicholas Ryan, a young Montreal-born composer barely 30 years old. Before becoming a composer, Nicholas was a performer on the electric guitar, for which he had already written several chamber pieces. It’s therefore not surprising that he studied with Tim Brady, one of the best contemporary performers and composers for this instrument. He was also trained by Sandeep Bhagwati and Georges Dimitrov at Concordia University, two great advocates of interdisciplinarity and the opening up of contemporary music to non-classical traditions such as electro, noise, underground rock, punk, post-punk, and so on. It is an artistic vision that Nicholas fully shares.

PAN M 360: Where did you grow up, and what led you to become a musician?

NICHOLAS RYAN: I grew up in Montreal. It’s hard to say what brought me to music. I guess good friends and good teachers. That and the discovery of Xenakis!

PAN M 360: Do you identify with a compositional tradition?

NR: No, not really. But if the interdisciplinary artist Ragnar Kjartansson opens a school of new music, I will be his first student.

PAN M 360: What aesthetic are you involved in?

PAN M 360: What are the main features of your work?

PAN M 360: In your opinion, is there a difference between today’s academically trained composers and those of the past?

NR: It’s hard to say, because I don’t think my university training in composition was very conventional.

PAN M 360: What are your musical tastes as a music lover?

NR: I came to music through the electric guitar, which for me is an eclectic instrument. So, yes, I listen to everything, even if it may sound cliché.

PAN M 360: What are your main works, the ones you are most proud of?

NR: Something for James Tenney’s Spectral Canon for Conlon Nancarrow:

Quintet (For 5 Electric Guitars and Audience):

PAN M 360: Is there a long-term global project that drives you as a composer, a legacy you would like to leave?

NR: It’s said that the musicians of the Titanic continued to play while the ship was sinking. If I could find a way to recreate that scene, but in a plane falling out of the sky instead of a sinking ship, without the artists and the audience getting hurt, then I could probably retire from the arts the next morning.

PAN M 360: Describe the piece that will be performed by the Metropolitan Orchestra?

NR: It’s a sort of marriage between Charles Ives’ The Unanswered Question and Steve Reich’s Four Organs. It wasn’t even intended, but it just came out like that! For the moment, the title is Eroisca, but that could change.

The structure was inspired by the text Easter Pome by bpNichol, a Canadian multidisciplinary artist born in 1944 and died in 1988, but also, obviously, by my reflections on Beethoven’s relevance to the 21st century.

Before concluding, I would like to say how honoured I am by the opportunity offered to me by the Orchestre Métropolitain and Yannick Nézet-Séguin. I can’t wait to see (and hear) the result!