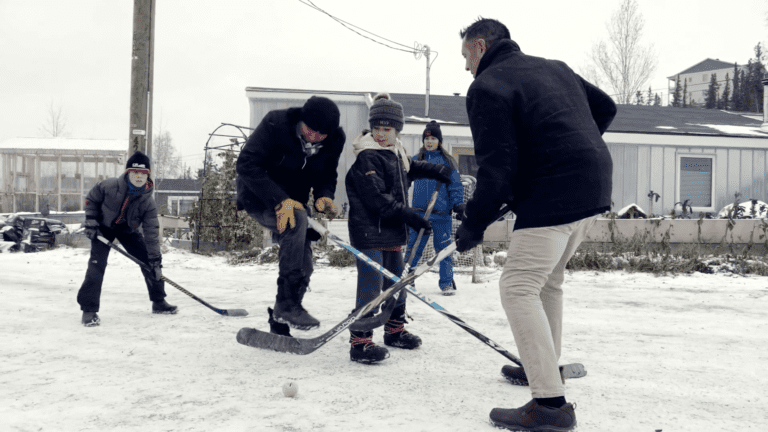 The game is on for Yellowknife electro-blues-rocker Digawolf, in the video for his new album’s title track.

While he works out of Yellowknife these days, electro-blues-rocker (and cartoonist!) Digawolf was born and bred in the community of Behchoko, capital of the Tlicho First Nation, in Canada’s Northwest Territories. His surroundings might be frosty but his songs have a smouldering heat, as well as sly wit and gritty beauty. They often draw on the wisdom his father passed down to him – but apparently, that never included that bit about discretion being the better part of valour.

“High Arctic” is the title track of Digawolf’s fifth record, the follow-up to the Juno-nominated Yellowknife. The video finds Digawolf, drummer David Dowe, and guitarist Greg Nasogaluak on their way to a gig when challenged to a game of street hockey. They figure their sheer size and old-school rules have the game already won. Pride goeth before a fall…