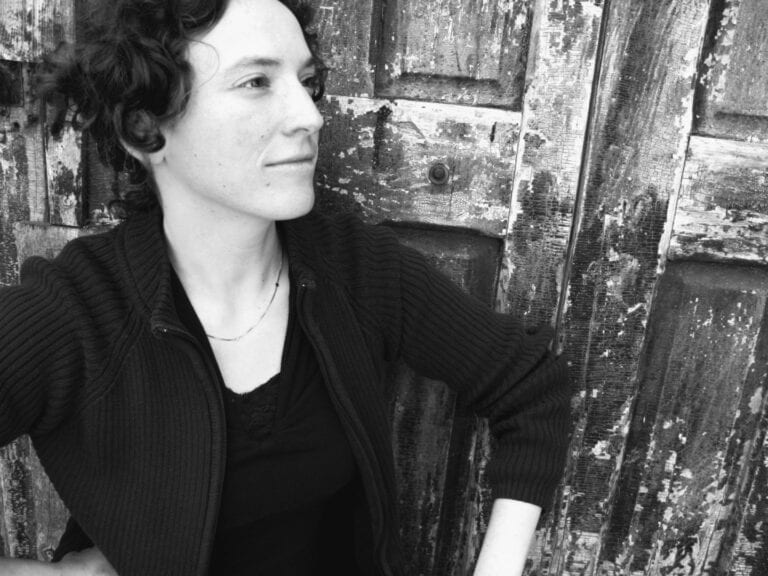 The Orchestre Métropolitain has chosen four laureates for its first Composition Competition, inspired by Beethoven’s work: Marie-Pierre Brasset, Cristina Garcias Islas, Francis Battah, and Nicholas Ryan. Launched last March, this competition aims to commemorate the 250th anniversary of the famous German composer. Next year, the works of the winners will be premiered by the Orchestre Métropolitain under the direction of Yannick Nézet-Séguin. This dossier series aims to introduce you to these composers and their works.

We begin with Marie-Pierre Brasset, a regular contributor to PAN M 360.

Our team is very proud to make her better known to you. Born in Quebec in 1981, she’s been working in the field of contemporary classical music for about 15 years. Her works have been performed by groups such as the Nouvel Ensemble Moderne (NEM), the Ensemble Contemporain de Montréal (ECM+), the Trio Fibonacci, and the Quatuor Bozzini. As her biographical profile indicates, “her music is characterized by a melodic and motivational abundance that develops in ample and organic forms.” Moreover, “the contemplative listening to nature has a profound effect on her creative work.” Marie-Pierre Brasset holds a doctorate in creative research related to contemporary opera, and also lectures at the Université de Montréal. She created the radio program Pulsar, devoted to creative music, which is still broadcast today on CISM in Montreal. She regularly writes articles on music for Circuit magazine, the website cettevilleetrange.org, and for PAN M 360.

MPB: It’s hard to say… I’ve been making music for as long as I can remember.

PAN M 360: In which composition tradition do you belong?

PAN M 360: Do you have an overall creative development project that defines you and sets you apart from your contemporaries?

MPB: These days, I’m passionate about theatrical and vocal music. The projects I work on shape my creative development, in a way. I can also say that my music is, most of the time, strictly acoustic. I don’t use new technologies, I don’t make mixed, electro, or acousmatic music, although I admire and love these practices. My path has led me to work with live and unplugged musicians!

PAN M 360: What do you see as the difference between an educated composer with a higher education degree in 2020, and composers from previous generations?

MPB: There is much greater openness to difference, to new perspectives on the practice of the profession, to inclusion. This comes from a great questioning of the dogmas of classical music established by white Western men over the last 400 years or so. There has been a lot of progress in this direction over the last ten years or so, and it is a blessing for the young composers of the new generation.

PAN M 360: What are your musical tastes as a music lover?

MPB: I’m open to everything. Really – thank you, PAN M 360, for all these discoveries!  On the other hand, I have a great need for silence, or rather to take a break from music, because that occupies 99 percent of my activities. I very often listen to music and ask myself too many questions, and it becomes an exhausting mental exercise rather than a nourishing aesthetic experience.

MPB: La Piñata, a chamber opera that was due to premiere in Quebec City last September, and was postponed until next year. It’s a big work lasting an hour and twenty minutes, with five singers and ten musicians. A beautiful project, carried by Erreur de type 27 and Ensemble Lunatik. I’m looking forward to the birth of this opera! Currently, I’m working on another major play, a 50-minute monodrama for baritone, wind quintet, and shadow theatre, with baritone Vincent Ranallo, the Choros Ensemble, and the Ombres folles theatre company. The premiere is scheduled for January 2022.

PAN M 360: What’s the project for the Orchestre Métropolitain?

MPB: A piece for orchestra! No kidding, the theme of this composition competition is Beethoven’s music. For me, amor fati, that great “yes” to life, is the most important legacy of this composer. There is no self-pity, no renunciation in this music: Beethoven stands upright and follows his impulses to their conclusion. This gives a formal discourse that leads to an impressive degree of perfection. There are no blurs, everything is cut with a knife, everything is placed in the right spot and seems to arrive at the right time. That, let’s say, is what will inspire me for this musical project. But I can’t say more than that. A piece being composed is so difficult to describe…