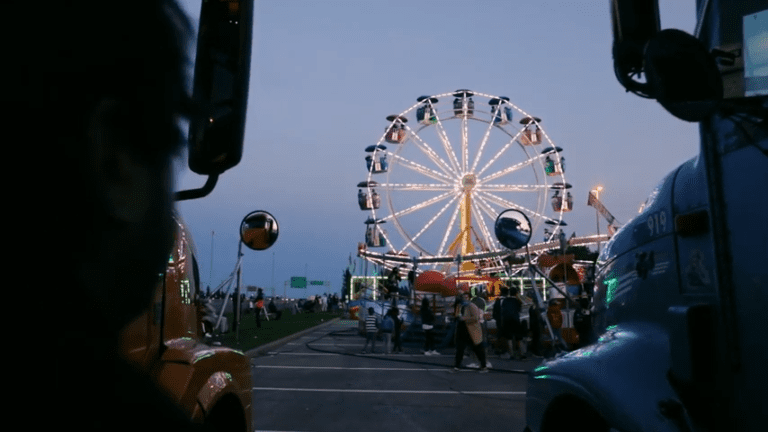 How much fun is an amusement park, really? Arriola tries to answer with “Par mes paupières”.

A songwriter and a Doctor in philosophy, Arriola is currently one of the most interesting craftsmen in the French language in North America… but remains relatively confidential since his professional beginnings. His new video was filmed at an amusement park – it goes with the song “Par mes paupières”, which evokes a struggle somewhere deep inside oneself, in which an opponent must be dislodged. For this song at the crossroads of psychedelic rock and synth pop, Arriola hired sound engineer Pascal Shefteshy (Ariane Moffatt, Alex Nevsky, Alfa Rococo, Coeur de pirate, Peter Peter), who mixed the recording, and for the mastering, Matt Colton, from London, who also mastered the albums of Coldplay, Peter Gabriel, James Blake, Muse, and many others.