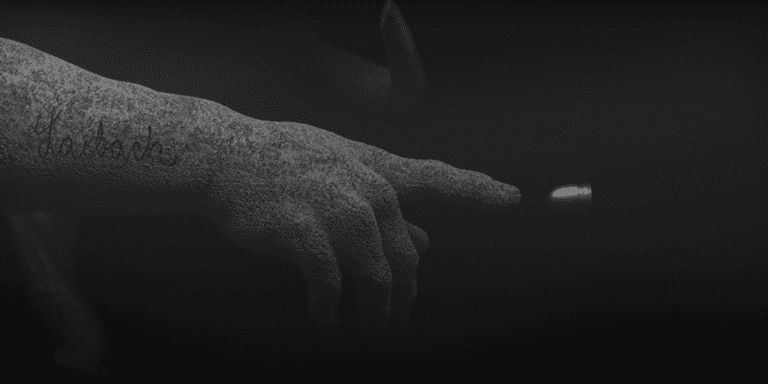 A new interpretation of a masterpiece of post-industrial music.

Laibach aren’t shy about any grandiloquent act, and return with a new interpretation of a classic of their repertoire, “Smrt za Smrt” (“death for death”, in Slovenian).

First released in 1984 on Rekapitulacija 1980-84, this piece has been modified at leisure by the band during their tours. This reinterpretation remains faithful to the original, but proves to be incredibly gripping, showing a musical maturity that was lacking in the original version. The clip, saturated with strong images, also contributes to this.

Dominoes, representing each of the faces of the damned (highly ironic effigies of the group’s 64 members and collaborators, past and present), collapse and shatter in a diabolical and perfectly symmetrical round. The image of an Earth under pressure freezes the blood. With this denunciation of an industrialized merry-go-round, a source of perdition, the group hits its target head on. Never grotesque, in spite of its emphatic character, it becomes the saviour of a bruised and decimated humanity.

A musical and visual masterpiece in the purest tradition of post-industrial music, directed by Jean “Valnoir” Simoulin and Metastazis.