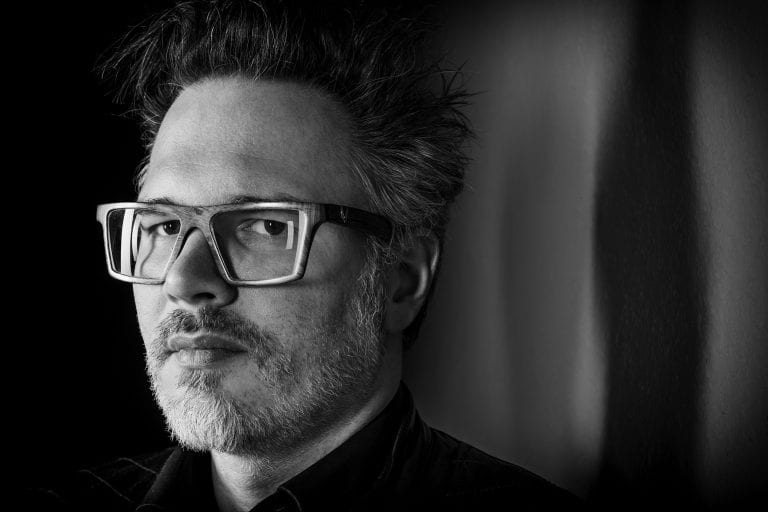 German’s Markus Reuter is an extremely prolific musician for whom quantity doesn’t preclude quality. Three albums at once? Calls for a dossier!

Here’s one who would find it hard to pretend he’s not a King Crimson fan. The German musician took Robert Fripp’s guitar-craft classes for several years, which led him to play the Chapman Stick (like bassist Tony Levin), then the Warr Guitar (like Trey Gunn), before designing his own model of “augmented” guitar, the Touch Guitar. He formed a duo with drummer Pat Mastelotto, which allowed him to join the STICK MEN (Mastelotto and Levin), then the double trio of the Crimson ProjeKct (the STICK MEN + the Adrian Belew Power Trio). Through all of this (and, to tell the truth, a whole bunch of other things), he also collaborated on the record This Fragile Moment, by singer Toyah Wilcox (wife of Robert Fripp).

Here’s a chance to take a serious look at his work, as he has just released three albums in one breath, on Moonjune Records: Reuter Motzer Grohowski’s Shapeshifters; Nothing Is Sacred by Markus Reuter Oculus; and under his own name, with Mannheimer Schlagwerk, Sun Trance.

Let us add to this preamble that on the first disc from his group Oculus is an appearance by violinist David Cross, who was with King Crimson in the glorious period of 1973-74. This record features a quartet recorded live in the studio: drummer Asaf Sirkis, bassist Fabio Trentini, Cross (also on keyboards), and Reuter. They were later joined by guitarist Mark Wingfield and Robert Rich’s soundscapes. In short, there’s substance here. The mastermind explains in the notes that he wanted to achieve something that could have been as radical as Bitches Brew at the time, and we’re certainly swimming in the murky waters of jazz-rock, but, for yours truly, it brought back memories of Brand X (the Phil Collins era), rather than the Miles Davis of 1970.

Shapeshifters is Reuter, sound texturist Tim Motzer (guitar), and drummer Kenny Grohowski. The trio also produces a variety of jazz-rock, but with a strong free-jazz vibe and a distinctly prog feel (there is a real reminiscence of the improvised flights of fancy of the quartet of David Cross, Bill Bruford, John Wetton, and Robert Fripp, and a piece like “Dark Sparks” recalls the joyous energy of “Fracture”). And of course, it’s normal if we still think of Brand X here, Grohowski having joined the English group since 2016. Very inspired improvisations, from a power trio who have some to spare.

Sun Trance is more akin to contemporary music. It was commissioned by Dennis Kuhn, the artistic director of the Mannheimer Schlagwerk, a percussion ensemble, as its name suggests. The work was premiered in concert on May 23, 2017, and it’s this recorded performance that is featured here. Eleven musicians surround the composer and guitarist: two vibraphones, two glockenspiels, two shakers, bass clarinet, synthesizer, drums, electric guitar, and bass. The 36-minute piece is a call to meditation that slowly develops into a crescendo that is nourished by a long guitar solo by Reuter (here, more than ever, in the shoes of Robert Fripp). Watch the performance here:

Note that the ensemble has commissioned a new work from Reuter to celebrate its 25th anniversary (in 2020… the premiere is postponed until May 2021). You can contribute financially to this adventure right here.

Basically, if I had to rate these three very different recordings, they would all come out with a good score. Composer and guitarist Markus Reuter produces a lot, but he doesn’t overdo it, and among the many musicians who have been influenced by Robert Fripp, he’s certainly one of those who deserve attention. These three albums were released in September on MoonJune Records, and you can see that more will follow soon.

To find out more about Reuter, visit his Bandcamp page.