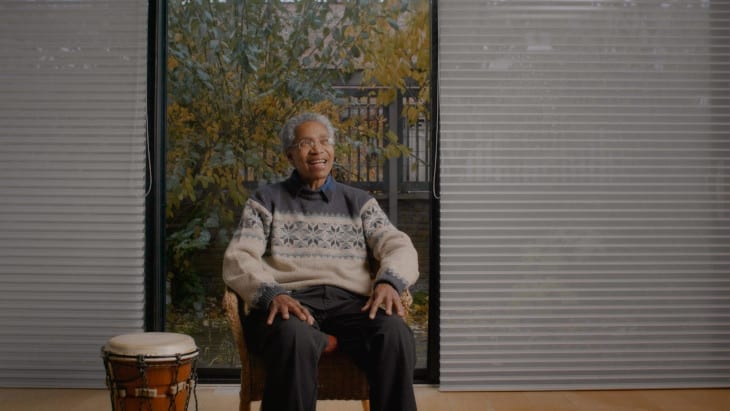 A cassette released in 1986 is now the focus of a cult following… and of a documentary film showcased at Pop Montreal.

It took a Japanese collector who contacted Beverly Glenn-Copeland in 2015 for him to realize the cult status of his Keyboard Fantasies album, which was released in 1986 in cassette format, in a run of 150 copies (only half of which was sold to kind “mothers of friends”). The album has recently been digitized and now serves as the cornerstone of the explosion of popularity that the American-Canadian musician, born in Philadelphia in 1944, is experiencing.

Keyboard Fantasies is a masterpiece written for and performed on Yamaha’s DX-7 and Roland’s TR-707 synthesizers. Glenn-Copeland geeks often refer to Keyboard Fantasies as a new age gem. If it’s new age, though, it’s in the genre’s experimental fringe that this album is situated.

It’s light years away from the vaporous chords stretched over entire minutes, for which the term adagio would still seem too frenetic. And forget the sound of waves! Keyboard Fantasies is the baby of a gifted creator, well grounded in scholarly, classical, and contemporary music, but also in the sounds of jazz, pioneering electro pop (Kraftwerk, Can, the Detroit sound of the ’70s) and a particular kind of synthetic film music (Tron, Labyrinth, The Never Ending Story).

Be prepared to be seduced, astonished, and bewitched by this light, zen universe, and even shocked that this degree of imagination, created on ’80s synthesizers, has remained in the shadows for so long! Everything is resolutely melodic, pop, and catchy in an assertive way, but never raucous. Each piece is brimming with subtle details that propel it far beyond any form of innocuous muzak, a label stuck on so many new age albums of that era (and rightly so, in most cases!). Glenn-Copeland sings on a few pieces, delightful with his beautiful, well-balanced mezzo voice, nicely worked out, very elastic, with easy peaks in the treble.

Is Beverly Glenn-Copeland experiencing a renaissance at the moment? No, because, in truth, he was never “born” as he should have been, as an important musician. That said, he’s finally being discovered, and the trans artist (he was one of the first black music students at McGill in the 1960s, before transitioning later) is now experiencing a surge in popularity he never expected at all!

There’s so much to say about this inspiring and colourful character! If you’re under the spell, or even just intrigued by his music, you should definitely check out the documentary Keyboard Fantasies: The Beverly Glenn-Copeland Story on Wednesday, September 23, as part of the Pop Montreal festival.

His Bandcamp page offers not only Keyboard Fantasies, but all the other albums he’s produced, including a masterpiece to melt your heart, a 1970 self-titled folk album that Joni Mitchell and Tim Buckley would have been proud of! Remember the name. It won’t go unnoticed any longer.