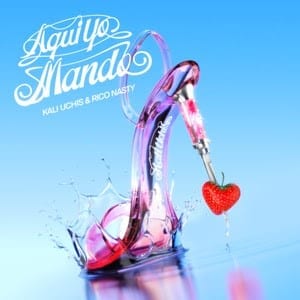 Colombian-born R&B artist Kali Uchis recently shared her new video, directed by Phillipa Price. “Aquí Yo Mando”, produced by Tainy, is from her upcoming second album, on which she will return to her roots, singing mainly in Spanish. Earlier this year, the artist released the EP To Feel Alive, in which she explores topics such as sexuality, her relationship with work, and her experience in isolation as the world undergoes a radical change.

Kali Uchis first made her name with the EP Por Vida in 2015, and her debut album Isolation received attention from many major media outlets. She has participated in numerous festivals (Tropicalia, Coachella, Governors Ball, Bonnaroo, Austin City Limits, and Lollapalooza are a few) and has collaborated and shared the stage with Gorillaz, Snoop Dogg, Jorja Smith, Tyler, The Creator, Kaytranada, Daniel Caesar, Bootsy Collins, among others.