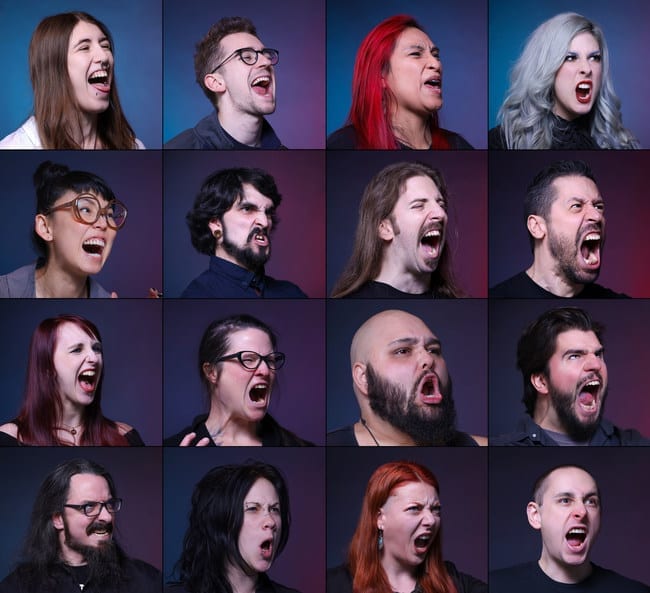 Barricade your houses! Zombies are coming, thanks to La Fabrique de Monstres, who launch their first video, “Horde”, today. In it, we see their studio simulation of an undead attack, victim included.

La Fabrique de Monstres is a Montreal collective created by Sébastien Croteau (Necrotic Mutation), Corinne Cardinal (Valfreya) and Jeffrey Mac Dermott (Hands of Despair and Hollow). Although La Fabrique was founded in 2018, some of its members have been active since 2005 and have lent their larger-than-life voices to some hundred-odd creatures. They’ve made their voices be heard by millions of people on some 20 high-calibre productions including television series, films and videogames, such as Helix, The Colony, Far Cry 5 (Ubisoft), Shadow of the Tomb Raider (Eidos) and Rainbow Six Siege: Outbreak (Ubisoft), among others.

The secret weapon behind these successes? Metal singers, all well trained in the art of screaming, with voices that don’t need to be changed after recording. “In a world where video game and film companies are striving to achieve unprecedented levels of realism, the quality of the sounds produced by our artists is unsurpassed. Our talent pool, made up of men and women, offers a diversity of sounds and vocal textures that can meet the needs of all types of projects,” says Cardinal in the press release.