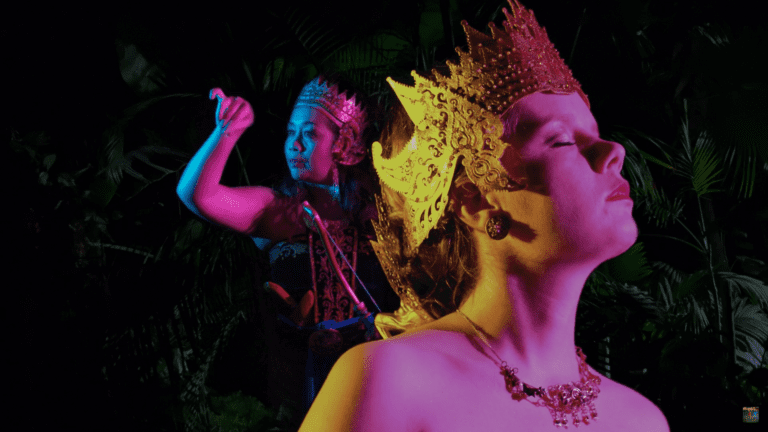 The dance is Javanese in the video for “En haut des cimes”, by singer-songwriter Lena Deluxe. This is the first single release from Santaï, her second album, to be released this winter (five years after Mirror for Heroes), recorded in Hudson, NY, with the much sought-after Henry Hirsch. The multi-instrumentalist from Lille met guitarist Ipin Nur Setiyo in Indonesia, who, like her, had a serious thing for the stunning sounds of the second half of the sixties, as well as traditional Javanese music. In this video directed by Fanny Caillibot, Lena wanders through the jungle to the intoxicating rhythms of Ipin Nur Setiyo’s guitar and Gagah Pacutantra’s kendang. At the two and half minute mark, the vigorous tempo is reduced to a torpid blues as the archer-princess Srikandi dances, and Lena prepares to succumb to the “python of memories”.